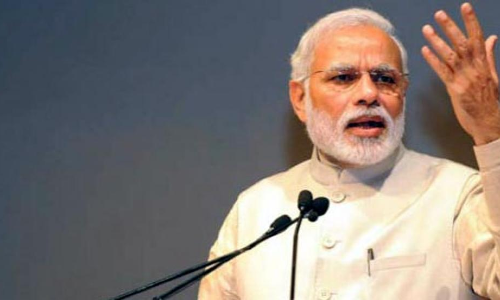 Prime Minister Narendra Modi on Sunday said he would play the \"postman\" to relay the people\'s best wishes to the Indian contingent for the Rio Olympics, adding that it was the responsibility of the 1.25 billion Indians to cheer the squad.

New Delhi: Prime Minister Narendra Modi on Sunday said he would play the "postman" to relay the people's best wishes to the Indian contingent for the Rio Olympics, adding that it was the responsibility of the 1.25 billion Indians to cheer the squad.

In his radio programme 'Mann Ki Baat', Modi touched upon various matters ranging from bank frauds to antibiotic resistance, but did not speak about any political issues, including that of the violence in Kashmir Valley which has left over 50 people dead since July 9.

Talking about the Rio Olympics, the Prime Minister said: "We have many expectations, but it is also the responsibility of the 1.25 billion Indians to boost their morale."

"Every Indian should wish the players. I am ready to do this and be your postman," Modi said, urging people to send their wishes on the Narendra Modi App.

Modi also referred to the Monsoon and floods, stating that the government was making all efforts to mitigate the situation.

"We were worried about drought till some time back, and now, as we enjoy monsoon, we are also getting reports of floods. Both the state and the Central governments are working together to help those affected by the floods," Modi said.

"Despite the few difficulties the rains bring, every person is delighted with the rains as it lies at the centre of all our economic and agricultural activities," he said.

Talking about former President A.P.J. Abdul Kalam, whose first death anniversary was observed on July 27, Modi said the country needed to focus on research and innovation in the field of technology to fulfill Kalam's dream.

"We can only fulfil Kalam's dream if the next generation works towards developing technology which can be used in day-to-day life."

"Technology keeps changing from time-to-time, you can't hold the technology. The coming century is technology-driven. Therefore, we must focus on research and innovation in technology," the Prime Minister said.

Touching on the topic of health care, Modi urged people not to take antibiotics without prescription. He warned people against "antibiotic resistance" and stressed on the need to maintain cleanliness to fight Dengue.

Expressing concern over pregnancy-related deaths and other complications, Modi said government hospitals and other facilities will provide free medical care to pregnant women in the country.

He urged doctors to join in the government's mission to provide free medical care once in a month to pregnant women in their areas.

Modi cautioned against phishing emails that lure people into sending money and cheat them.

The Prime Minister also called upon people to send him suggestions for his speech on Independence Day.