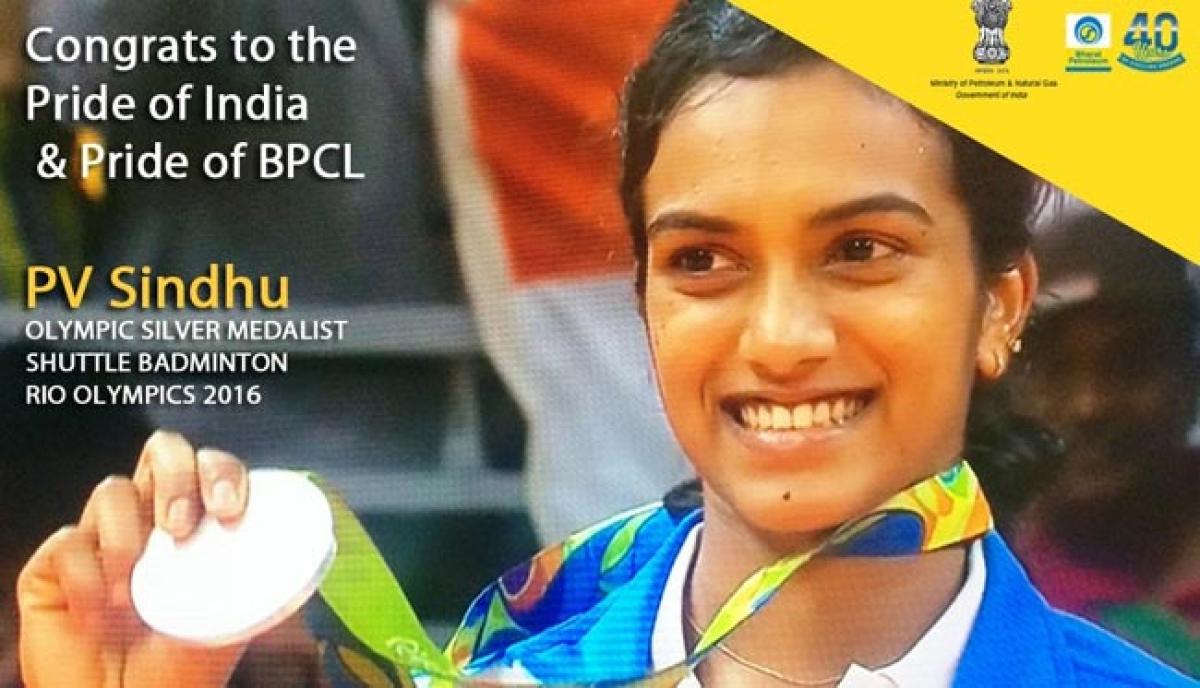 Sindhu, who became the country's first-ever woman silver medallist in the Olympic Games, has been working with Bharat Petroleum Corp Ltd (BPCL) since 2013 and is currently an assistant manager (sports) at its Hyderabad office.

S. Varadarajan, the chairman and managing director of BPCL, under the advice of Minister of State for Petroleum and Natural Gas, Dharmendra Pradhan, announced the cash prize, BPCL said in an official release.

Irrespective of her second spot finish, Sindhu emerged the apple of the eye for every Indian citizen as President Pranab Mukherjee, Prime Minister Narendra Modi and Congress President Sonia Gandhi took to social networking website Twitter to congratulate the shuttler.