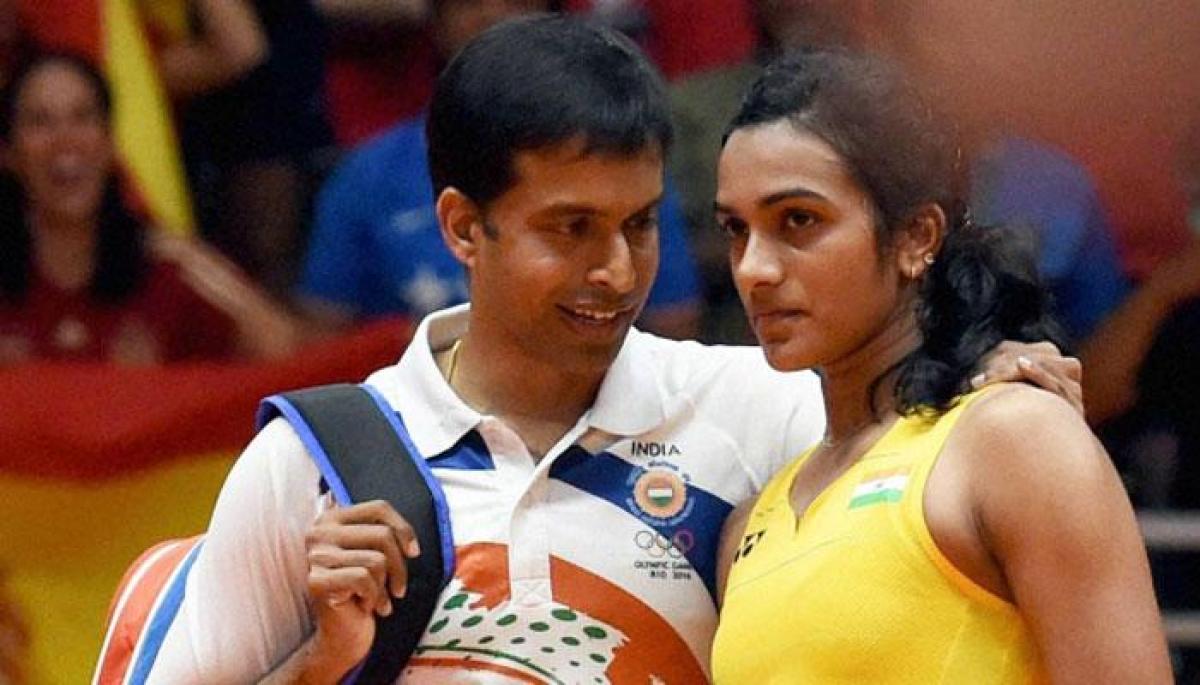 In 2000, a 26-year-old Indian badminton player reached Sydney hoping to win the country’s first-ever medal in badminton in the Olympics. A straight-sets pre-quarterfinal defeat cut short the dream, and he left the biggest sporting stage dejected and depressed.

In 2000, a 26-year-old Indian badminton player reached Sydney hoping to win the country’s first-ever medal in badminton in the Olympics. A straight-sets pre-quarterfinal defeat cut short the dream, and he left the biggest sporting stage dejected and depressed. He returned to the stage 12 years later without a racquet in his hand and with his protégé Saina by the side, to deliver the elusive Olympic medal for the country. Four years later, yesterday, he did it again and turned the bronze Saina delivered into a Silver to show the whole world India’s emerging prowess in the sport.

The name on everyone’s lips today is PV Sindhu. An Olympic Silver medal at the age of 21 has made the shuttler an overnight sensation all over the country, and she would have inspired the next generation to take up the sport. But, the man who was behind their transformation into world beaters was Pullela Gopichand. This one man has transformed the face of the sport in this country in the last ten years.

After the disappointment at Sydney, Gopichand went on to become an All-England champion in 2001, battling adversity and conquering all the odds. But, an Olympic medal remained an elusive dream. He retired from his playing career in 2004, at the age of 30, but that brought out a new avatar out of him – a coach. As a coach, Gopichand, popularly known as Gopi, wanted to fulfil the dream that evaded him as a player and planned an academy in the outskirts of Hyderabad.

The land for the academy came from the Andhra Pradesh government after they awarded 5 acres to him as a token of appreciation for winning the All England Championship. But, for a world-class academy, just the land was not enough. Gopi needed Rs. 13 crore to build it up from scratch, but corporates turned a blind eye when he approached them. He finally mortgaged his house for Rs. 3 crore and with the help of industrialist Nimmagadda Prasad and few others, Gopi started his project to give India an Olympic medal.

The former All England champion had a unique ability of finding talent and found budding stars like Saina Nehwal and PV Sindhu very early in their career. Saina joined Gopi when she was 14, while Sindhu came even earlier at 11. With his protégés making waves in the Indian badminton circuit, Gopichand became the Indian coach in 2006.

At that point of time, there was no Indian in the top-100 world rankings in any event. Fast forward 10 years, and India has nine men’s singles players and five women’s singles players in the top-100. Apart from the Olympic medals, World Championship medals, Asian Games and Commonwealth Games medals, umpteen International titles, India even had a World No.1 and a World No. 3 a year back. And interestingly, more than 90% of them have come from the Gopichand Academy. Such has been the influence of the 42-year-old that India is now considered to be among the elites of Indian badminton.

But, all this did not come easy. Gopi’s hands-on approach with all the shuttlers has changed the landscape of the sport in the country. So much so that, some trainees at the academy used to call it as a three-star prison. None of the players were allowed to go out of the academy without the permission of the coach, even for a gentle stroll. Cell phones were also not allowed inside the premises as Gopi trained the next generation of Indian badminton stars from morning 4.30 to 9 at night. The Indian coach ruled the academy with an iron fist, and kept an eye on everything his wards were doing minute by minute. The logic of Gopi’s methods was hard to fathom initially, but as years passed, the success on the court justified the methods of the man.

Before the London Olympics, Gopi kept an eye on what Saina Nehwal was doing every single minute. He obsessively monitored the diet and training regimes of the badminton star and even raided her refrigerator to make sure that something unhealthy was not making it to her body. In the run-up to the Games, Gopi put Saina on a strict diet and from February to August that year, Saina lost 5.5kgs to get fit and ready for the quadrennial event. Gopi understood the competition at hand, and was sure that fitness will play a big part in the event. The loss of weight made Saina’s movement faster on the court, and by the end of the competition, she had a bronze medal around her neck.

At Rio, Gopi did a similar thing with PV Sindhu and Kidambi Srikanth. Saina Nehwal was training under Vimal Kumar now, and the former All England champion put all his efforts into producing another Olympic medal with Sindhu and Srikanth. Gopichand started preparing for the Olympics a year back and provided Sindhu with a weight trainer and fitness expert in a bid to build her stamina and strength on the court. It was a work in progress, and although the results were not visible on the court, Gopichand was clear about the aim.

Gopi once again followed the diet of his wards obsessively and forbade Sindhu and Srikanth from drinking even water from outside for fear of a doping sabotage and made them eat only with him by their side. There were no chocolates or biryanis for Sindhu, while Twitter and mobile phone were another forbidden area. Gopi also woke up early and spent time with Sindhu and Srikanth to analyse their opponents and their own game.

“You can feel lazy about having to get up at 3am every day to reach the academy for training, but when you see Gopi Sir do it for you, you only feel inspired,” said Srikanth, reported T S Sudhir.

Even during the match, Gopi was always there to push Sindhu and Srikanth. When Sindhu transformed into a fist-pumping, screaming shuttler at Rio, Gopi was doing the same from his seat. The Dronacharya of Indian badminton screamed and pushed the 21-year-old youngster till the final before Carolina Marina out-screamed everyone on the planet. The gentle and shy Gopi had a will of steel on court and made his wards in the same style.

After struggling to find financial aid for his academy back in 2004, Gopichand currently has a second one in the same area. The factory of Indian badminton has produced many stars – Saina, Sindhu, Srikanth, Prannoy and many more – and the demand to get into it has only increased over the years. In fact, a common joke is to have a clone of Gopichand so that he can train twice the number of players at the same time. However, Gopichand’s dreams of securing a Gold medal at Olympics still remains a dream. But, with the Dronacharya of Indian badminton at the helm of affairs, the dream is sure to get fulfilled at Tokyo 2020.