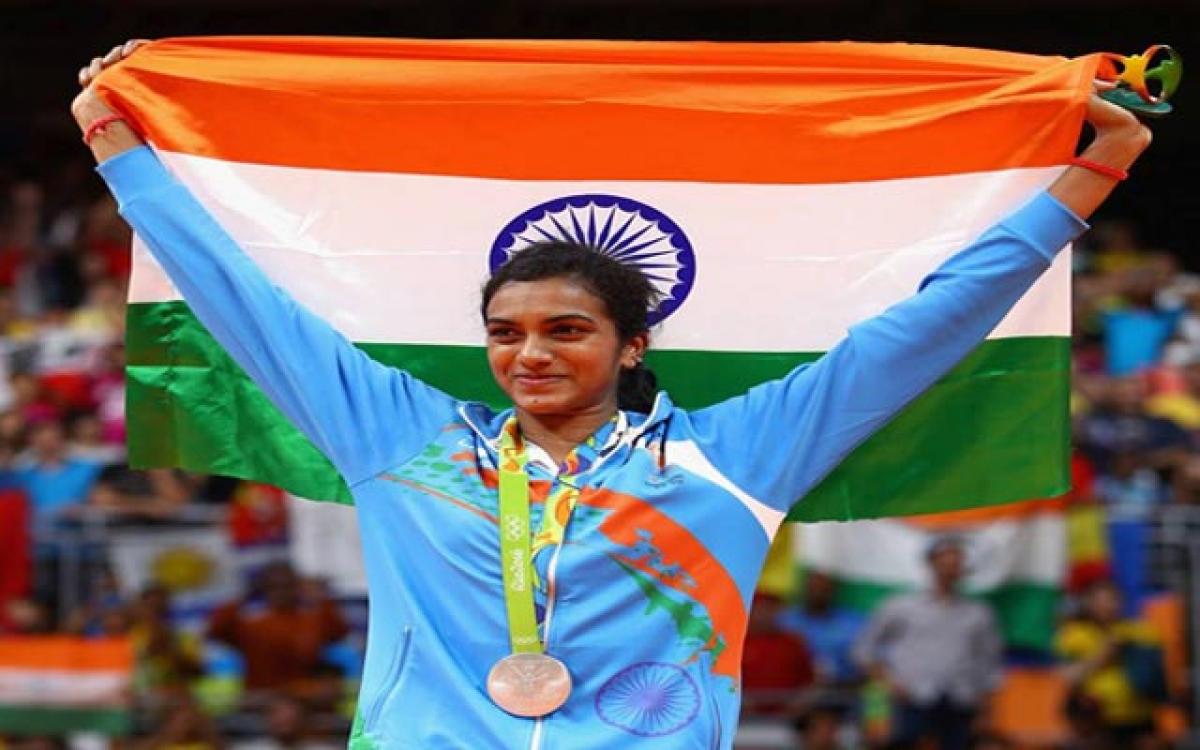 A rousing reception awaits India’s latest poster girl, P V Sindhu, when she arrives at the Rajiv Gandhi International Airport in Shamshabad by 8.30am on Monday.

Hyderabad: A rousing reception awaits India’s latest poster girl, P V Sindhu, when she arrives at the Rajiv Gandhi International Airport in Shamshabad by 8.30am on Monday. A grand State-sponsored felicitation has been finalised for the epoch-making Indian shuttler, whose Olympian exploits brought smiles to the Indian camp in what is generally considered as the country’s worst Olympics showing in recent years.

The 21-year-old Hyderabad girl, together with Haryana wrestler Sakshi Malik, salvaged Indian prestige at the greatest sports spectacle on earth when she defied all odds in a roller-coaster giant-killing spree that translated into a spectacular silver medal in the women singles at Rio de Janeiro. She will be received by the President of Telangana State Badminton Association (TSCA) K T Rama Rao and other members of the Association.

Later, accompanied by her coach Pullela Gopichand and her parents, Sindhu will be taken in a colourfully-decked open-top cavalcade to lusty cheers along the route, made more festive-like to the sound of drums-beats and bursting of crackers. The welcome will have A helicopter will shower flowers to add to her home-coming celebration.

After what is presumed to be a 60-minute drive, or perhaps more, the first stopover will tentatively be the GMC Balayogi Indoor Stadium at Gachibowli where, among others, Chief Minister K Chandrasekhar Rao and his Cabinet colleagues will accord her a befitting welcome. It is likely that the Chief Minister will either give the reward cheque for Rs 5 crore there itself or announce a date for a bigger function where she will also be given the land documents.

It is only after the official ceremony that the two-time World Championships bronze medallist will be heading to the Pullela Gopichand Badminton Academy (PGDA) in Gachibowli where she will interact with fellow-trainees and the media, which will also felicitate the champion shuttler. Celebrities from the sports fraternity and tinsel town are expected to be among the guests on the occasion. Meanwhile, the government tight security has been put in place in the entire vicinity.