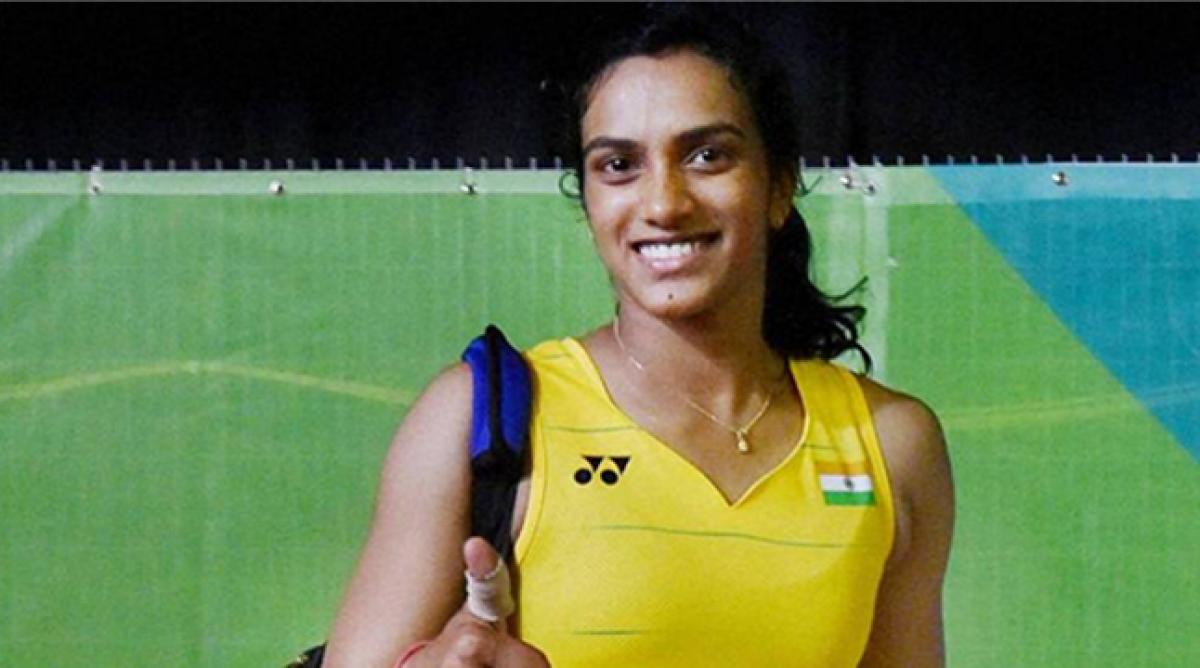 ​Fuzhou: Olympic silver-medallist P V Sindhu advanced to the semifinals of the China Open after defeating local favourite He Bingjiao in straight games at the $700,000 Super Series Premier event, here on Friday.

The 21-year-old from Hyderabad will take on the winner of the match between Japan's Akane Yamaguchi and sixth seed Sung Ji Hyun, seeded sixth.

In men singles, Ajay Jayaram could not get across the reigning Olympic champion, two-time World champion and All England champion Chen Long of China, suffering a 15-21 14-21 defeat in a 40-minute clash.

Sindhu lagged behind from the start as Bingjiao took a 5-1 lead early on and despite the Indian breathing down her neck with leads of 76, 12-11, 14-12, the Chinese managed to wrest control leading 17-14.