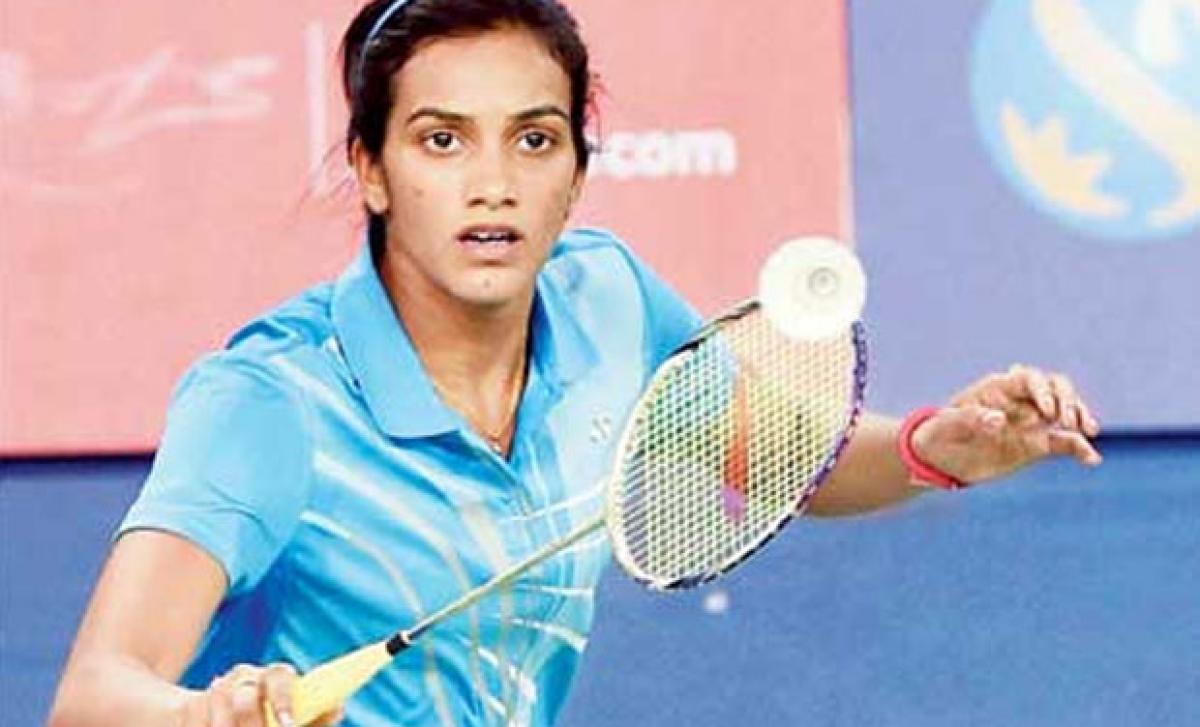 Three-time champion and Olympic silver medallist PV Sindhu will look to continue her rampaging run when she starts her title defence at the $120,000 Macau Open Grand Prix Gold badminton tournament which begins in Macau on Tuesday.

Macau: Three-time champion and Olympic silver medallist PV Sindhu will look to continue her rampaging run when she starts her title defence at the $120,000 Macau Open Grand Prix Gold badminton tournament which begins in Macau on Tuesday.

Second seed Sindhu, who clinched her maiden Super Series Premier title at China Open and then reached the finals at the Hong Kong Super series in the last two weeks, will be the hot favourite when she starts her campaign against China's Yue Han on Wednesday.

Interestingly, Sindhu's march towards her fourth title might be halted by compatriot and top seed Saina Nehwal, who is slowly and steadily getting back her bearing after recovering from a serious knee injury which affected her Olympic campaign three months back.

After undergoing a knee surgery in August, followed by a rigorous rehabilitation and training under the watchful eyes of her coach Vimal Kumar, Saina made a comeback at China Open but lost in the opening round. She competed at the Hong Kong Open before losing closely in the quarterfinals.

The former World No.1 Indian, who will take on Indonesia's Hanna Ramadini in the opening round, will be eager to add this title to her name to boost her confidence ahead of the new season.

Both the Indians are clubbed in the two halves and it would be interesting to see if they can set up a mouth-watering final clash on Sunday.

In the men's singles, national Champion Sameer Verma, who hogged the limelight after reaching the finals at Hong Kong last Sunday, will also hope for another steller performance when he opens his campaign against Czech Milan Ludik.

It would be a sort of comeback for Commonwealth Games P Kashyap, who had taken a break after the Denmark Open.

"After Dutch Open I was not feeling that fit and though I played Denmark, I decided to take a break to get back my full fitness and make some changes to my game. So I got around 4-5 weeks and I worked hard with Gopi, so looking forward for a good week ahead," Kashyap told PTI.

If Kashyap surpasses Malaysia's Guo Zheng Sim, he is likely to take on compatriot and seventh seed HS Prannoy, who will open his campaign against Chinese Taipei's Chun-Wei Chen.

Third seed Srikanth got a bye in the opening round, while B Sai Praneeth will face local shuttler Lam Hou Him.

Among others, third seeds Manu Attri and B Sumeeth Reddy will face Hong Kong's Chan Alan Yun Lung and Li Kuen Hon in men's doubles, while Jwala Gutta will start her new partnership with Manu Attri, taking on Indonesian pair of Satrya Aditha and Aprilsasi Putri Lejarsar Variella in the mixed doubles.