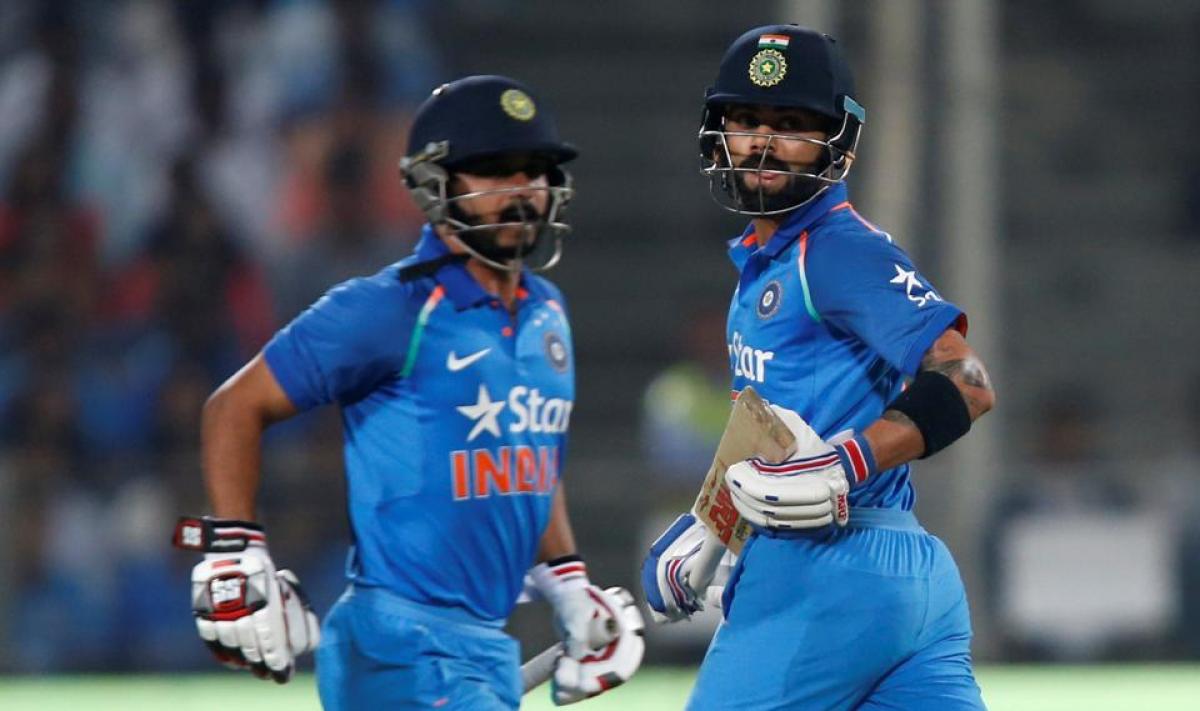 The rise of Kedar Jadhav and good showing by Hardik Pandya in the series against England was a great demo for the Indian team ahead of Champions Trophy, gushed captain Virat Kohli.

Kolkata: The rise of Kedar Jadhav and good showing by Hardik Pandya in the series against England was a great "demo" for the Indian team ahead of Champions Trophy, gushed captain Virat Kohli.

Jadhav could not steer the side to win in the third ODI on Sunday but was adjudged the man-of-the-series for his 232 runs in the series. Along with Pandya he raised a 104-run partnership for the sixth wicket but India fell short by 5 runs chasing 322.

"Definitely, it has been a series of positives even today, 173 for 5, two youngsters step up almost get us through the line, fighting back against good quality fast bowlers. It was a great demo for the Champions Trophy," Kohli said at the post-match presentation ceremony.

The young Indian captain said it was a good omen for India that youngsters were taking responsibility to finish the game while playing down the order.

"Jadhav is brilliant find for us. We've backed him over the last year, he hasn't had many games, but he is coming into his own, he gives Yuvi and Dhoni the chance to bat higher and he reads the game well, it's priceless and Hardik is coming into his own as all-rounder as well," Kohli said.

"The moment I saw the pitch I thought it was the perfect scenario for the Champions Trophy. The batsman had to show character and getting as close as five runs gives us a lot of confidence."

Asked to point out which area India need to focus ahead of Champions Trophy in UK in June, Kohli said the fast bowlers need to learn hitting the right line and length.

"The key for us will be the lengths we bowl. We've been playing at home for a while. Even here we weren't sure. That's one area we would look to address, what are the areas we need to hit to get batsmen out."