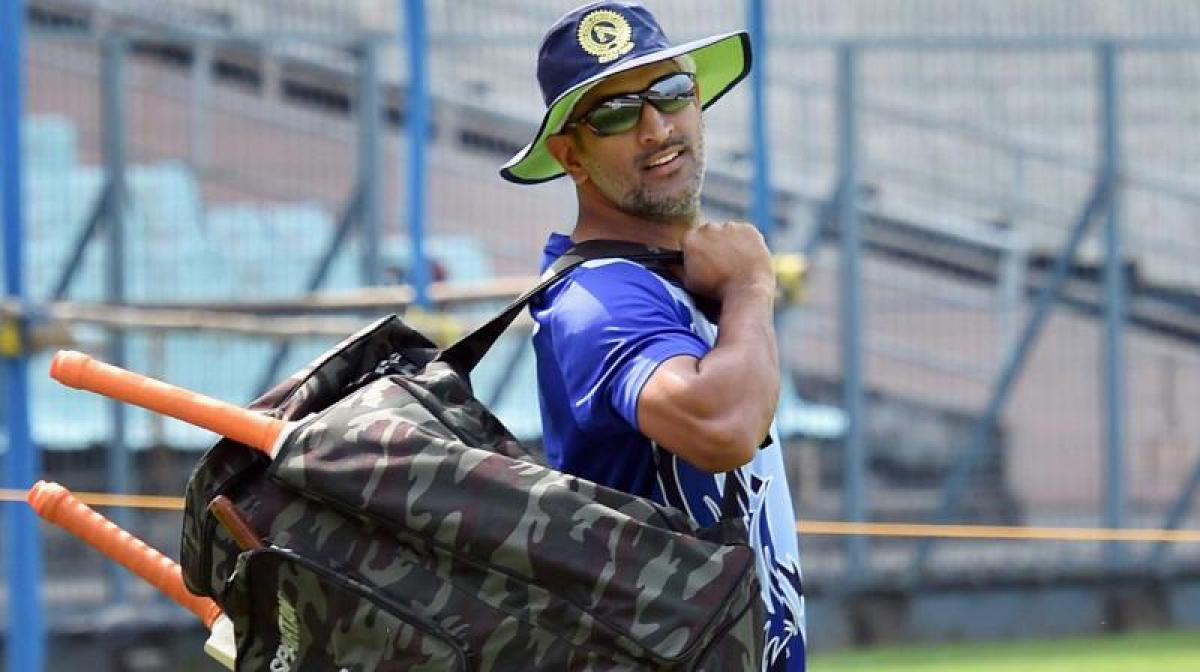 Fans who turned up to watch a MS Dhoni special returned disappointed even as Jharkhand cruised to a comfortable seven-wicket win over Services for their second victory in the Vijay Hazare Trophy here on Tuesday.

Fans who turned up to watch a MS Dhoni special returned disappointed even as Jharkhand cruised to a comfortable seven-wicket win over Services for their second victory in the Vijay Hazare Trophy here on Tuesday.

He may not have played a role with the bat but Dhoni's tips during the drinks break played a big role in their win, Jaggi later revealed.

"Mahi bhai advised us to play in a calm and composed manner. He told us, 'If you play with patience runs will come. It's about staying there and finishing the game'," Jaggi said.

The lefthander Tiwary added: "We played without any pressure well aware of the fact that MS comes next."

Jharkhand had a shaky build-up and were reduced to 65/3 inside 17 overs but poor fielding from Services let the duo build on a firm stand. Yet to open his account, Tiwary was dropped at mid-off by Shakti Malviya off Poonam Poonia, while Jaggi got a reprieve on 25.

At 107/3 midway into their innings, the match tilted heavily in favour of Services with required run rate going past six.

It was an ideal situation for the 'finisher' Dhoni as the crowd kept on shouting his name in anticipation but Tiwary and Jaggi did not take a step wrong and complemented each other in their solid left-right combination.

They kept rotating strikes and got an odd boundary or six in every over providing a calm assurance in the dressing room as the crowd started to become frustrated and shouted 'Saurabh Tiwary Hai Hai'.

Tiwary however took it in a positive spirit and said: "We must understand that they're emotional as Mahi bhai never played here...Being a professional I did not mind. We were subjected to much more sledging on the field."

Having slowly built their innings, the duo took charge of the show and Jaggi completed his sixth List A century in 82 balls with a boundary in the 42nd over, while Tiwary followed suit reaching his second List A hundred in 100 balls.

Having trolled by the crowd in his exquisite knock, Tiwary later acknowledged his hundred to the crowd gesturing that 'keep shouting'.

But Dhoni returned on the field during the customary handshake after the win and walked midway on to the boundary rope near the spectators and waved at them.

Thousands gathered outside the venue unable to enter, while a few hundreds managed to get in with passes, while rooftops of the residential buildings and a school surrounding the stadium wore a packed look since 9 am in a never-before atmosphere.

But the only action they could have of Dhoni was his two run-outs and a caught-behind dismissal on a flat deck of Bengal Cricket Academy in the small industrial township of Kalyani about 50 kilometres from Kolkata.

Earlier Services could not capitalise on a solid 104-run opening partnership between Gaurav Kochar (50) and Nakul Verma (48) to be restricted for 276/9.

Fresh from his 124 against Saurashtra here two days ago, Verma missed a half-century narrowly when Vikash Singh gave the first breakthrough of the day in the 20th over.

Dhoni produced a spectacular runout to dismiss Abhijit Salvi (31) before his caught behind claimed the skipper Soumya Swain's wicket for 12 to reduce them to 158/4 in 32nd over. Salvi played on the legside for a single but Dhoni was quick to gather the ball and hit the stumps directly at the opposite end.

But it was Shamser Yadav and Rahul Singh who added a quick 84-run for the fifth wicket from 13.2 overs to prop the lower order. But another collapse followed with Dhoni effecting a second runout to restrict the total.