India off to steady start in 2nd innings 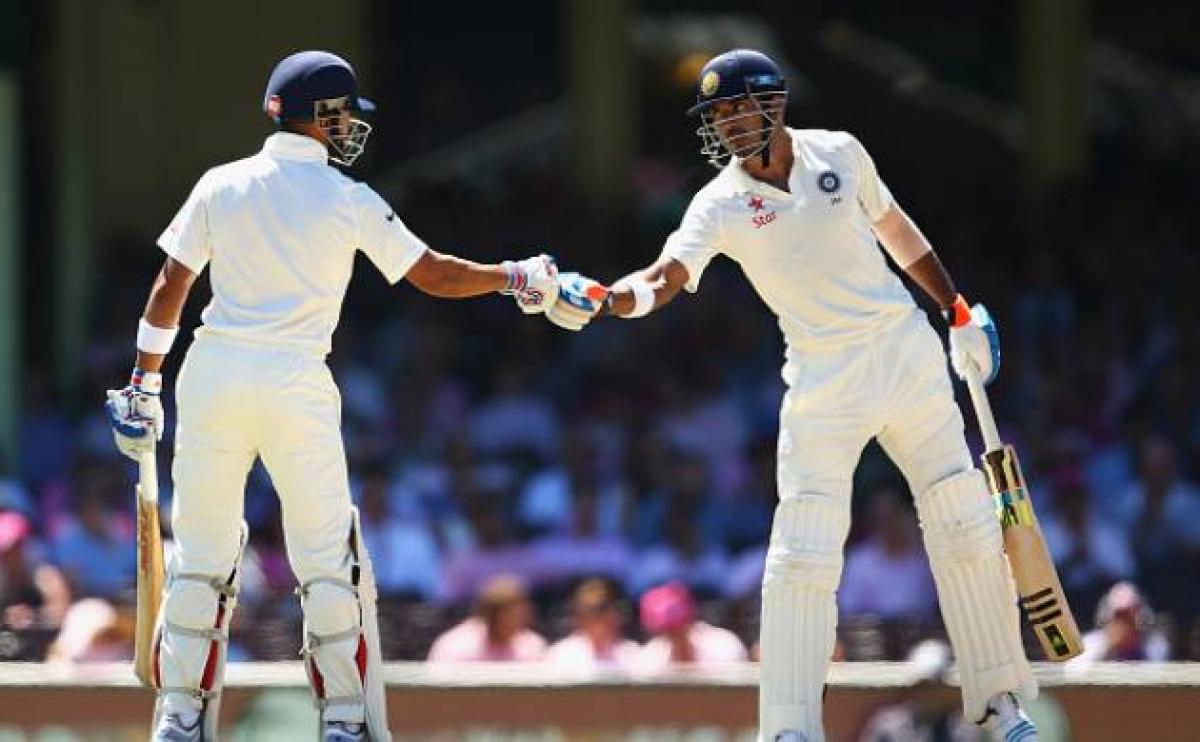 India posted 38/0 in their second innings at lunch on the third day of their second cricket Test against Australia at the M Chinnaswamy Stadium here on Monday.

Bengaluru: India posted 38/0 in their second innings at lunch on the third day of their second cricket Test against Australia at the M Chinnaswamy Stadium here on Monday.

At the break, Lokesh Rahul was batting on 20 with Abhinav Mukund on 16 at the other end.

India now trail the visitors by 49 runs. They had posted 189 runs in their first innings.

Earier, left-arm spinner Ravindra Jadeja clinched a six-wicket haul as Australia were dismissed for 276 runs in their first innings.

Jadeja registered figures of 6/63 while off-spinner Ravichandra Ashwin got two wickets. Fast bowlers Umesh Yadav and Ishant Sharma got one wicket each.

Shaun Marsh top scored for Australia with 66 while 20-year-old opener Matt Renshaw got 60.

Resuming at the overnight score of 237/6, the visitors were off to a steady start with Matthew Wade and Mitchell Starc completing a 49-run partnership.

Starc survived a caught behind appeal around an hour into the day's play. He was initially adjudged caught behind by the umpire off an Ashwin delivery. But Starc decided to call for a review and the third umpire ruiled him not out.

But Ashwin did not have to wait too long to celebrate as Starc tried to hit the final ball of the over out of the park but could only find Jadeja at the deep midwicket boundary.

Australia suffered another blow a short while later when Jadeja trapped Wade leg before. The Australian wicketkeeper-batsman decided to call for the review but had to depart after the third umpire third umpire seconded the decision of the on-field official.

Jadeja got another wicket with very next ball when he trapped Nathan Lyon lbw. The left-arm spinner put an end to Australia's first innings in his very next over when Josh Hazzlewood went for a big hit only to hand a skier to Rahul at long on.