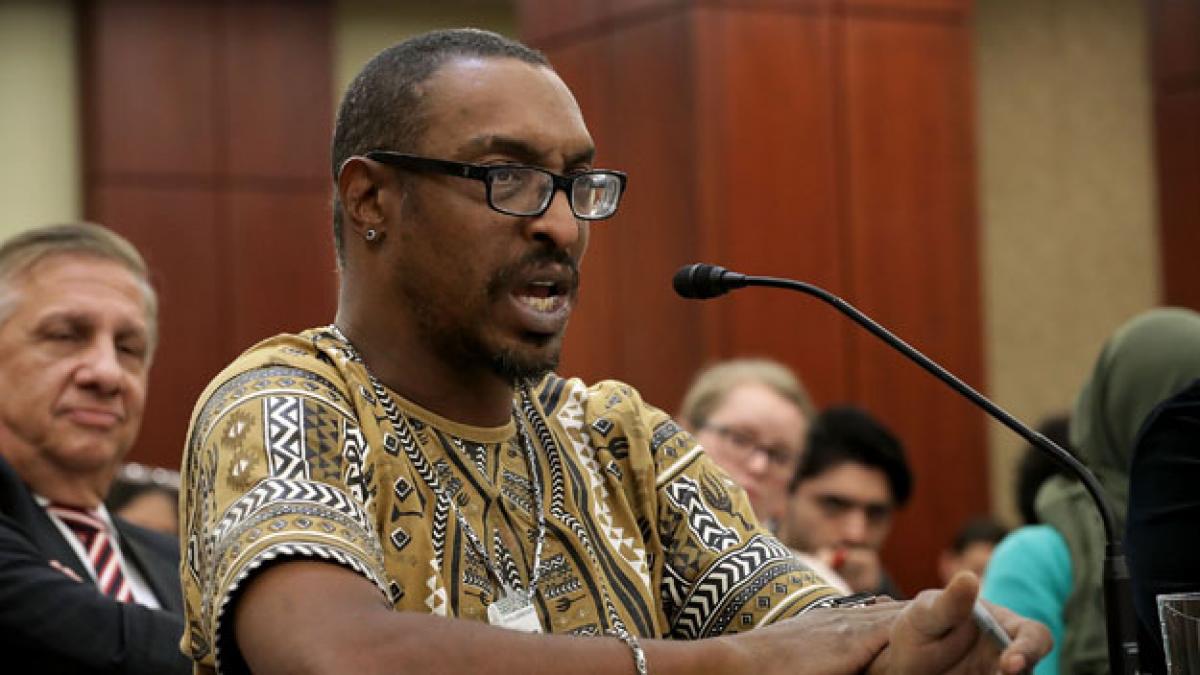 Muhammad Ali Jr, who spoke with members of Congress about being detained at a Florida airport last month, arrived at Reagan National Airport in Washington on Friday for a flight to Fort Lauderdale, Florida, New York Times reported.

He gave his Illinois identification card to an agent to get his boarding pass, said his lawyer, Chris Mancini, who was travelling with him.

Almost immediately, Ali was told that there was a problem and that the agent needed to call the Department of Homeland Security, Mancini was quoted as saying.

Ali was asked his date of birth, where he was born and his Social Security number. He was told that his Illinois-issued identification card was invalid for flying.

"The same state ID from Illinois that he travelled to Washington on was rejected," Mancini said.

Ali then produced his passport, which was accepted and went through security and boarded the flight with his mother.