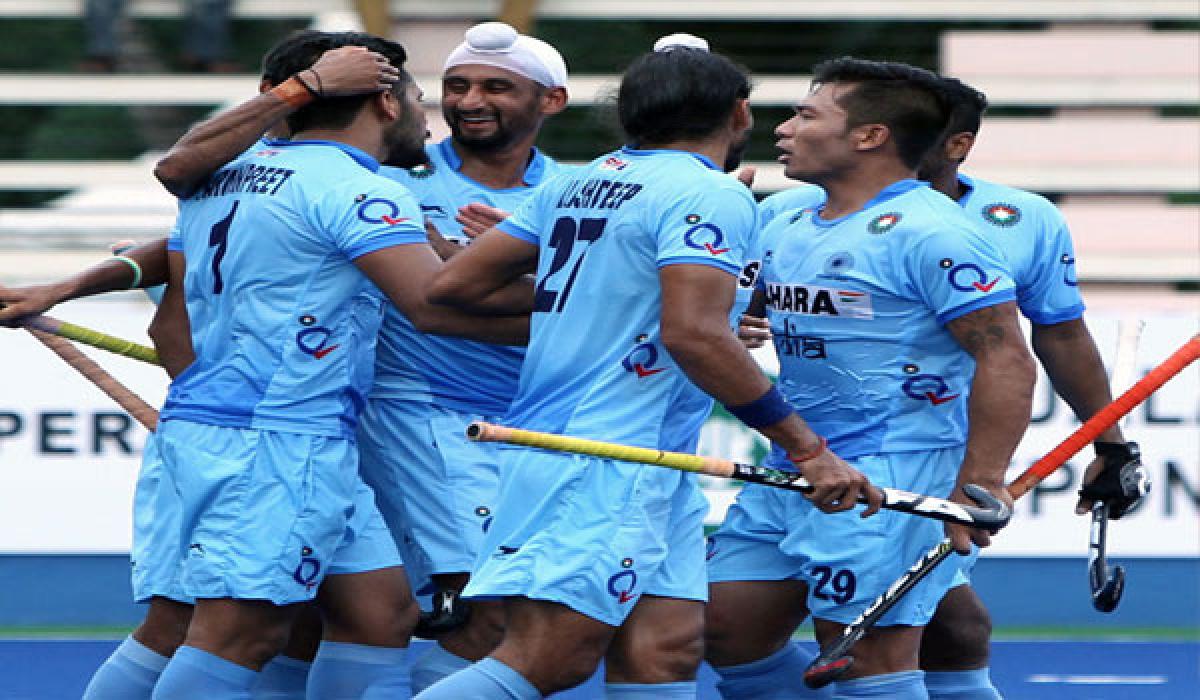 India put up a spirited show before squandering the early lead to go down 1-3 against defending champions Australia in a league match of the Sultan Azlan Shah Cup hockey tournament, in Ipoh, on Tuesday.After managing to hold the World champions in the first quarter, India took the lead in the 25th minute through a field goal from Harmanpreet Singh before Australia pumped in three field goals to m

Ipoh: India put up a spirited show before squandering the early lead to go down 1-3 against defending champions Australia in a league match of the Sultan Azlan Shah Cup hockey tournament, in Ipoh, on Tuesday.After managing to hold the World champions in the first quarter, India took the lead in the 25th minute through a field goal from Harmanpreet Singh before Australia pumped in three field goals to maintain their position atop the round-robin league standings.

Eddie Ockenden (30th minute), Tom Craig (34th) and Tom Wickham (51st) showed why Australia are one of the most feared teams in the world through their outstanding field goals as the Indian challenge faded in the last quarter. Nine-time winners of the Sultan Azlan Shah Cup Australia have seven points from three outings, while last year's runner-up India are on four points after three matches.

Australia went into attacking mode from the start, forcing the first penalty corner in the opening minute, but the Indian defenders rushed out to close the angle.Craig's deflection on Dylan Wotherspoon's cross in the third minute went wide of the mark before India earned a penalty corner two minutes later. The push was neatly stopped, but Harmanpreet could not gather the ball as he stepped into the drag-flick motion.

Goalkeeper P R Sreejesh blocked a deflection by Craig in the seventh minute before the Indians came into the attacking frame.Akashdeep Singh fed a short pass to Mandeep Singh in the circle in the eighth minute, but he was tightly marked and failed to create any space.

India forced their second penalty corner a minute later but Rupinderpal Singh's rising flick was palmed back into play by Australian custodian Tyler Lovell.Akashdeep then tried a deflection on Pradeep Mor's diagonal cross from right, only to direct it wide in the 11th minute.

Both Australia and India had a penalty corner reversed on video referral three minutes into the second quarter.
Sardar Singh then created an opening for India in the 23rd minute through a fine run down the centre, beating two defenders to move into the scoring circle and then beating the third with his square pass to Akashdeep, who could not control his reverse shot and only managed to hit the ball high and wide.

India broke the deadlock to take the initial lead in the 26th minute when Harmanpreet scored a field goal. Working his way into the circle from the right, Harmanpreet crossed the ball for Mandeep in the goalmouth, but it went into the goal off a defender's stick.

Goalkeeper Chikte palmed away an Australian penalty corner shot before Ockenden deflected in a long diagonal cross from Jeremy Hayward for the equaliser just before half-time. Craig then beat the Indian goalkeeper with his reverse shot after being fed by captain Matthew Swann.

The Australian goalkeeper denied India on a counter-attack in the 41st minute that saw Sardar move into the rival territory and send a pass to Akashdeep on top of the circle. The third Australian goal, from Tom Wickham came after he ran square into the circle as three Indian defenders hesitated to tackle him. Wickham slammed in a firm shot that gave no chance to the custodian.

India took off their goalkeeper to add another player in the field in a desperate attempt to stay in the contest, but the Australian defenders did not allow them a shy at their goal.