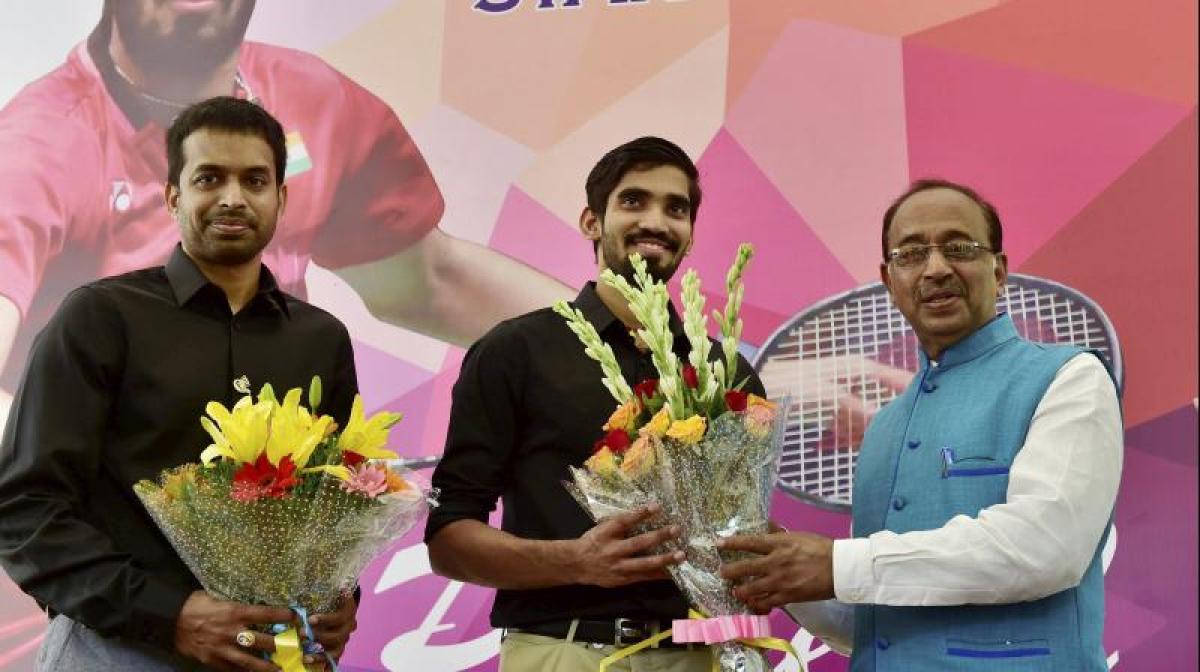 The Sport Minister met Srikanth, who won back-to-back titles at Indonesia and Australia, and Gopichand at his residence here.

"Srikanth has recently won two big events. I feel the credit for the victory goes to Gopichand. I have been to his academy and I saw many like Srikanth training there," Goel told reporters.

"During childhood when Srikanth started playing, his parents went to Gopi and asked to take him to his academy and he worked hard. His success is a reflection of his hard work and that of his coach.

"He has won six major events and I am sure it will inspire the youth. I am visiting all the academies. Indian badminton is making progress like cricket."

Srikanth and Gopichand acknowledged the contributions of the Sport Ministry and Sports Authority of India.

"I thank the government of India, Sports Ministry and SAI for all the help. Sir, thanks for your encouragement. I always get your tweets ahead of everybody else during the tournaments," Srikanth said.

Gopichand added: "I know we are being credited for the success but I want to thank the government, the Prime Minister and the entire administration for their proactive role. We sometimes blame the govt for the failure and I think it is time to acknowledge for its role.