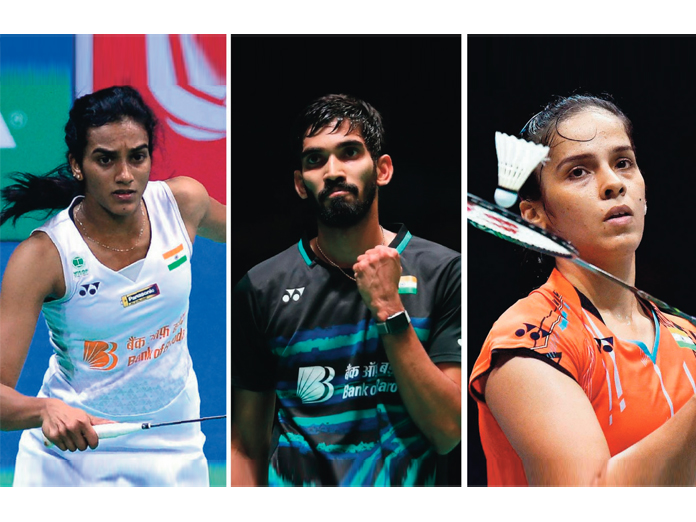 The 23-year-old from Hyderabad, who had won silver medals at the Commonwealth Games, World Championship and Asian Games before clinching the World Tour Final title last year, is expected to take on Spain's Carolina Marin next.

London bronze medallist Saina too stormed into the last eight with a 21-17, 21-15 win over Indonesia's Fitriani Fitriani, her fifth overall.

However, men's doubles pair of Manu Attri and B Sumeeth Reddy went down fighting 14-21, 21-17, 10-21 to fifth seeded Kim Astrup and Anders Skaarup Rasmussen of Denmark.

Sindhu, who had to pull out all stops against former Olympic champion Li Xuerui in the opening match, faced stiff competition in the extended opening game against Tunjung.

However, she completely dominated the second to wrap up the match in 37 minutes and extend her unbeaten record against Tunjung to 5-0.

Srikanth, who had lost to the Japanese in their last meeting but held a 3-1 overall edge, quickly erased a 2-5 deficit early on and never looked back after grabbing a 11-8 lead at the break in the opening game.

The Indian dominated the second game with an initial 6-0 lead which he swelled to 18-8 after the break to eventually wrap up lop-sided contest in half an hour.