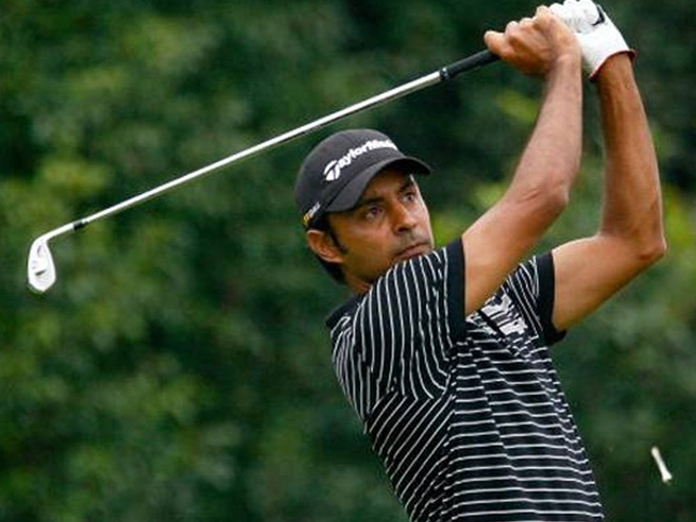 Golfer Jyoti Randhawa moved the Allahabad High Court on Wednesday, seeking bail in connection with poaching charges levelled against him

The Lucknow bench of the court granted the Uttar Pradesh government three days' time to file its counter-affidavit on Randhawa's plea and fixed the next date of hearing on February 15.

A bench of Justice Mohammad Faiz Alam Khan passed the order on the plea of Randhawa, who sought bail claiming that he was innocent and was booked on false charges.

Opposing the plea, the state's lawyer demanded time to file a reply.

Randhawa and his friend Mahesh Virajdar, a former Navy officer, were arrested from the Motipur range of the Katarniaghat Forest Sanctuary, a part of the Dudhwa Tiger Reserve that stretches across Bahraich and Lakhimpur Kheri districts of eastern Uttar Pradesh.

Forest officials had alleged that a .22-bore rifle, 60 cartridges, an animal hide -- possibly that of a sambar killed 10 to 12 days earlier -- and two dead jungle fowls were found in the golfer's sports utility vehicle (SUV).