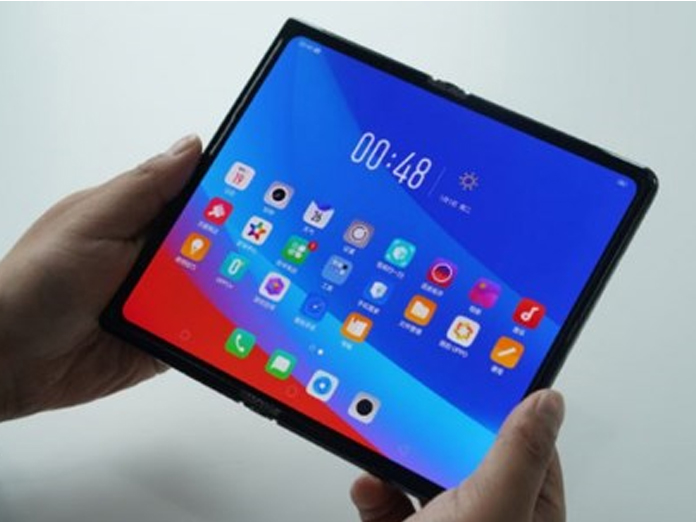 Oppo is working on its own version of a foldable phone which looks like has taken a couple of lessons from the Huawei Mate X, the latest foldable phone on the block

Oppo is working on its own version of a foldable phone which looks like has taken a couple of lessons from the Huawei Mate X, the latest foldable phone on the block.

Last week after Samsung announced its Galaxy Fold, yesterday Huawei entered the race when it showed off a foldable phone with minimal bezels.

On Monday, Brian Shen, VP at Oppo took to Weibo and gave first look at their yet unnamed foldable phone. Shen observed that the firm doesn’t think that a foldable phone brings about a whole lot of improvement in user experience, which is why Oppo is not mass producing its foldable phone just yet as it wants to observe the response from consumers first.

The Weibo post was escorted by a couple of close-up shots of the phone in question which reminded us of the Mate X.

Is it inspired by Huawei Mate X?

Looks like it took little clues from the Mate X, it resembles Oppo's foldable phone as it has a bigger screen when it opens up to a tablet. The bezels on the Oppo foldable are a bit more in comparison to the Mate X of Huawei.

Even the camera implementation looks analogous to the Huawei counterpart as it uses the rear cameras to shoot selfies. On the back, it also features a sidebar-like design which houses the dual-camera setup and the branding near the bottom edge. The top edge of the sidebar also accommodates the power button.

There’s no information regarding the internals of the Oppo foldable phone and it may take a while before we hear anything official by the firm.