Electric future: Will Formula 1 be on track? 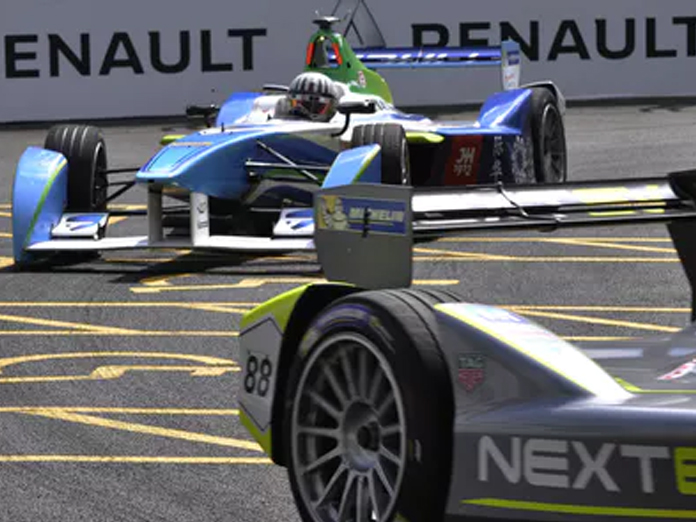 Just before the start of the 2018 season, Formula 1 chairman emeritus Bernie Ecclestone urged the sports commercial rights holder, Liberty Media, to make a radical break with the past and embrace an electricpowered future

Just before the start of the 2018 season, Formula 1 chairman emeritus Bernie Ecclestone urged the sport’s commercial rights holder, Liberty Media, to make a radical break with the past and embrace an electric-powered future.

Indeed, since its US$ 8 billion acquisition by Liberty Media at the beginning of 2017, Formula 1 has found itself at a crossroads.

Its priority is expanding its reach and appeal to a millennial audience, one which is notably more environmentally conscious than previous generations, and has proved a driving force for corporate sustainability.

Plus, innovation in the automotive industry is turning increasingly to electric power. Formula 1 managing director of motorsports Ross Brawn conceded this dilemma at the 2017 Canadian Grand Prix, telling a press conference at the Circuit Gilles Villeneuve, “The automotive world is going off on a different direction now, with fuel cell cars, electric cars, autonomous driving - and that’s not F1. How do we find the relevant path for the future?”

Since 2014, several Formula 1 team owners have been exploring the route to a more sustainable future, to various degrees, with Formula E, the world’s first electric street racing series.

Williams Advanced Engineering’s battery system has been powering the cars since the championship’s inception. McLaren Applied Technologies supplies the powertrains and electronics, and from the 2018-2019 will also provide the batteries. Renault has gone all-in with a team racing in the Formula-E championship and will be joined in the 2019-2020 season by Formula 1 rivals Mercedes.

But, in June 2017, FIA president Jean Todt appeared to pour cold water on any suggestion of electric energy in Formula 1 itself, when he told Canadian online newspaper La Presse the series will never abandon its gas-based origins.

The reason for this could lie in the fact that the Formula 1 teams are already making strides in energy efficiency with hybrid engines. Mercedes is leading the way here – with a racing engine that is, arguably, more energy efficient than the average electric car.

So while Mercedes’ hybrid success perhaps dampens the incentive for Formula 1 teams to go fully electric right now, the seeds of development have already been sown.

Tesla leads a clutch of manufacturers that are producing electric supercars as powerful as Formula 1’s and have batteries that can last the 300km distance of a championship race.

And in Singapore, home of the Singapore Grand Prix, Vanda Electrics has teamed up with Williams F1 to develop the Vanda Dendrobium – the world’s first battery operated supercar that boasts a top speed of 320kph and can accelerate from 0 to 100kph in 2.7 seconds.

Vanda Electrics isn’t a car manufacturer - it specialises in innovative battery technology and electric mobility. CEO Larissa Tan says through its partnership with Williams, it is pushing the boundaries of design and engineering to set the bar on the future of electric cars, rather than bowing to convention.

“Williams Advanced Engineering is at the top of their game in automotive engineering. With their expertise in Formula 1 and their involvement in Formula E, there was an alignment in the vision we saw for the car. They were just as passionate about the Dendrobium as Vanda Electrics and our two companies were a good fit to work together on this project.”

It’s possible that the rapid evolution of automotive technology will eventually compel Formula 1 to fully embrace the idea of an electric powered championships. The challenge then will be balancing innovation with the desire of fans to maintain what they consider to be the fundamental element of each race – the full-throttle roar of a Formula 1 engine. The switch to hybrid engines in 2014 led to scores of disgruntled fans who complained the new engines were too quiet.

That said, Larissa Tan believes F1 has all the necessary ingredients to maintain poll position in the world of global motor sports long into the future,

“I think the F1 brand is very specific,” she explains. “Other than the racing, it has a lot of other things going for it. With the increase in popularity of Formula E, this series is already building a name for themselves in electric power racing cars. Racing is about the skill of drivers and the engineering team behind the cars. Engine noise is a ‘by product’ of the race and with the rapid advancements in technology today, the noise made from F1 engines can be easily replicated.”

So, are we likely to see Vanda Electrics make a bid to enter a team with the Dendrobium, if and when Formula 1 makes the transition?

“I believe that the president of the FIA has said that F1 will never be fully electric, but one never knows,” says Tan. “But when that time comes, we will look at it then.”