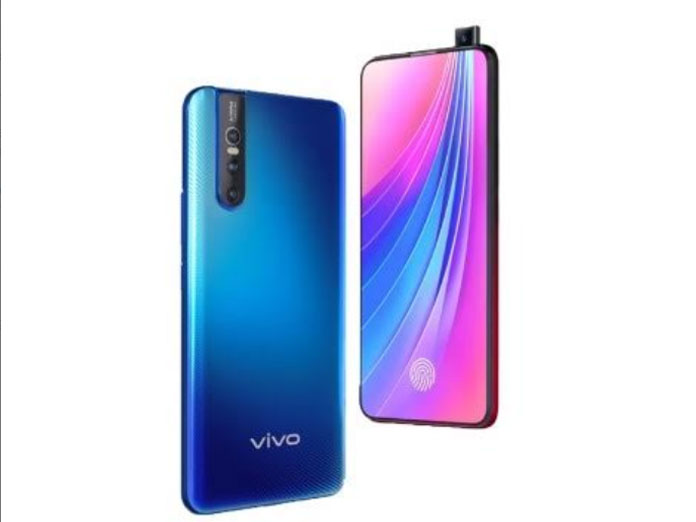 The Vivo V15 Pro is designed with a huge 6.59-inch IPS LCD display. The screen has a resolution of 1080 x 2316 pixels and a pixel density of around 388 PPI, good enough for watching videos or movies. The screen is scratch and marks proof by Corning Gorilla glass protection. On-screen fingerprint scanner provides fast access to the device and prevents any unwanted user access.

Vivo V15 Pro features a powerful 4,500mAh battery that is capable of providing a good power backup for a full day on a single charge. It has got a quick charging feature also.

Vivo V15 Pro has got a 128GB internal memory that can be further expanded to a huge 256GB by a micro SD card, good for storing large files, videos, images and more.

There is a dual rear camera setup in the smartphone that consists of 16MP and 8MP depth sensing lenses with LED flash. The camera is capable to deliver clear and bright images even in low light conditions. At the front, a 25MP camera without LED flash has featured that look after the selfies.

While the megapixel count is impressive, it doesn't necessarily translate to good photos. There are several other factors like software and the quality of the camera components that make the biggest difference in photo quality. But it certainly doesn't hurt.

On February 20 Vivo will be announcing the V15 Pro officially with more details about the phone. That's the same day as Samsung's event, where the Galaxy S10 is expected to be announced.