Sub-panel begins formulation of guidelines. A Cabinet sub-committee met at the Secretariat here on Tuesday to prepare guidelines for implementation of Grama Jyothi, another flagship programme of the Telangana State government.

Hyderabad: A Cabinet sub-committee met at the Secretariat here on Tuesday to prepare guidelines for implementation of Grama Jyothi, another flagship programme of the Telangana State government. 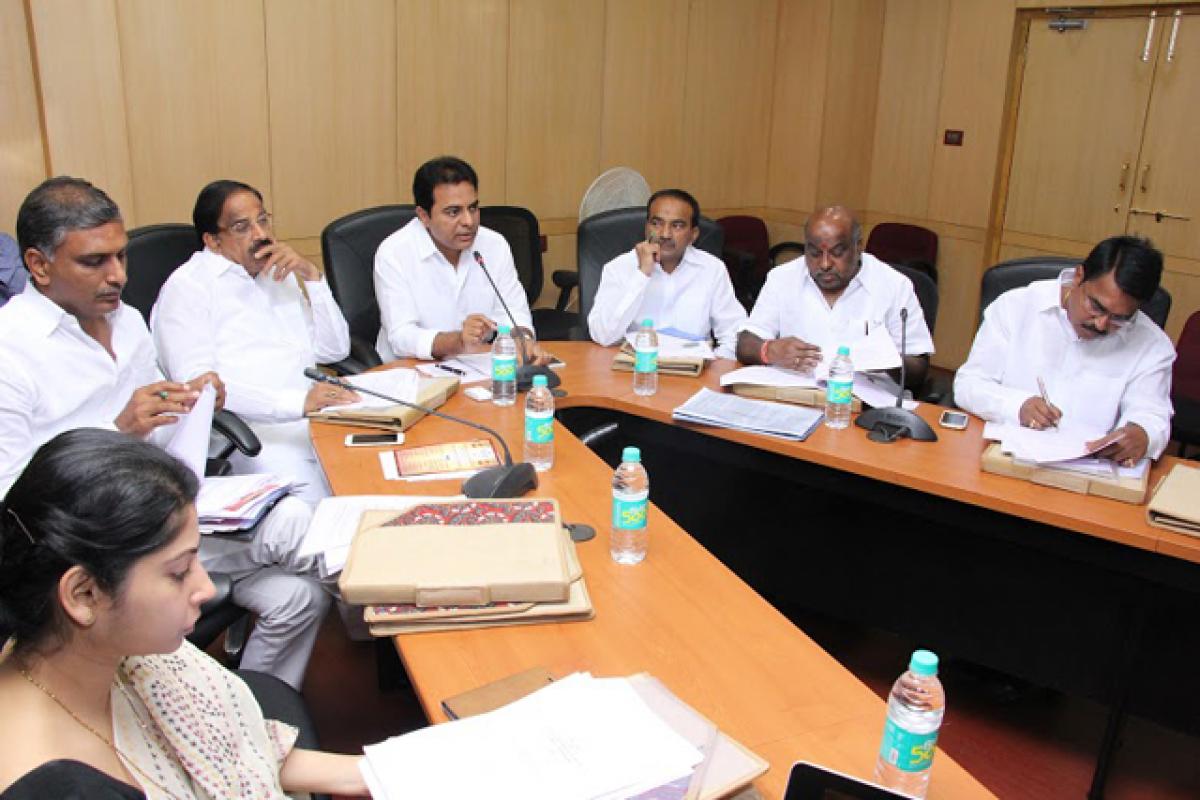 The sub-committee meeting assumes significance in the wake of Chief Minister K Chandrashekar Rao seeking a report in week’s time. The sub-committee, which met for the first time, discussed various issues related to Grama Jyothi to be implemented by taking every village as a unit for development. The committee is likely to submit its report to the government soon.

The Ministers and the officials discussed ways and means of formulating guidelines for the programme. Rama Rao shared his ideas on allocation of funds to various works like provision of drinking water, health, education, electricity, sanitation, roads and other facilities in the villages.

As part of decentralisation of powers, the government was all set to release more funds for the development of villages, he said and added that the government would take suggestions and inputs from peoples’ representatives of all political parties in order to carry out the developmental works without any hassle.

“It may be noted here that the government is taking up another prestigious programme for rural development called ‘Grama Jyothi’ that will be implemented with Rs 25,000 crore over a period of five years,” he said. Chief Minister K Chandrashekar Rao would likely to launch the programme on the occasion of Independence Day celebrations on August 15.

The government will spend Rs 2 to Rs 6 crore to every village to take up developmental works based on its own plan.It may be noted here that the recently-launched ‘Our Village–Our Plan’ will be useful as it gives adequate data such as works to be taken up, population, financial resources, taxes being paid and new programmes as part of the rural development programme.