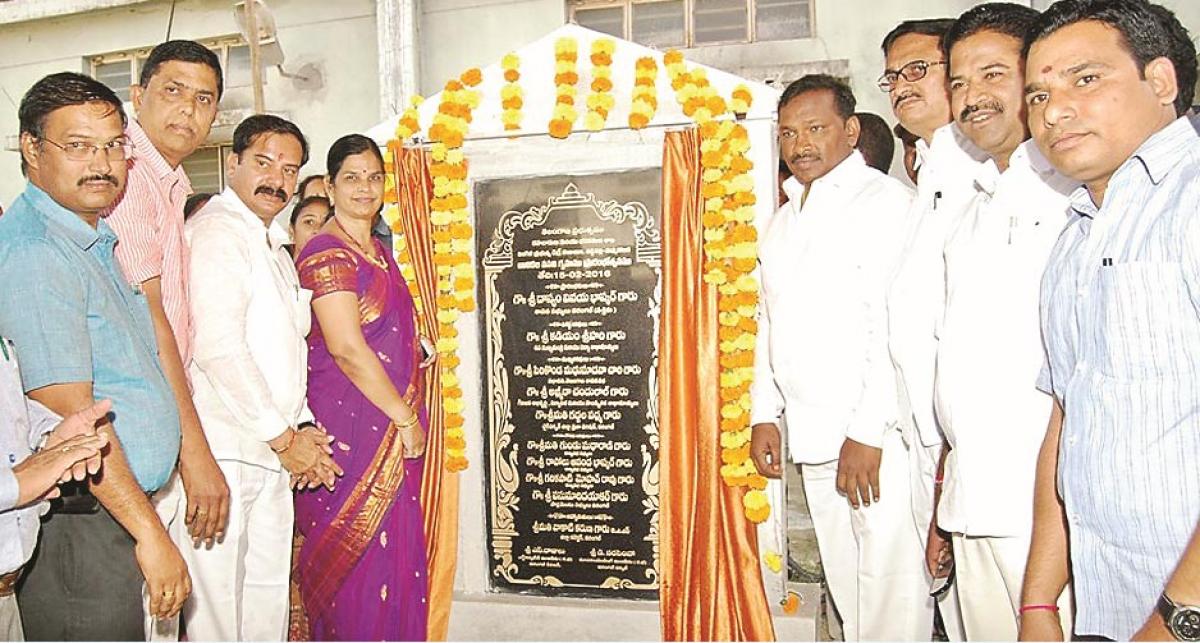 Addressing the gathering, the MP announced that he would allocate Rs 10 lakh for seminar hall at the College from his constituency development funds. Later speaking to press persons at the College, MLA Vinay Bhasker informed that Municipal Administration and Urban Development Minister KT Rama Rao would participate in the preparatory meeting for the Greater Warangal Municipal Corporation (GWMC) elections in the city on Tuesday.

The meeting would be attended by the TRS MPs, MLAs, MLCs and leaders from the district. About 2,000 party workers were expected to attend the meeting to be held at Venkateshwara Gardens in Warangal. According to sources, KTR might be announced as the party in-charge for the GWMC elections in view of his recent efforts in winning the GHMC elections. He along with the senior leaders in the party would chalk out strategies for the GWMC elections.