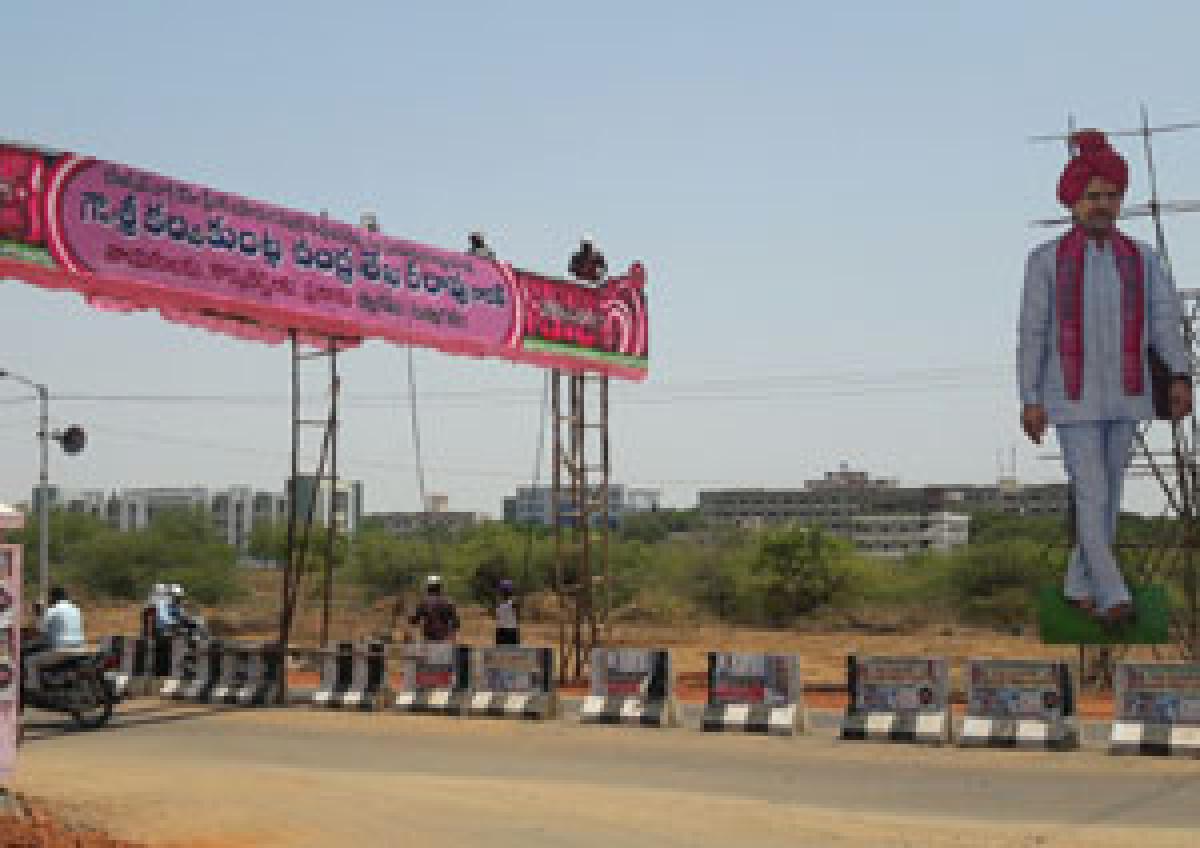 The approval of the bridge design by the National Highways Authority of India (NHAI) also took more time.

Bhadrachalam (Khammam): The work on the second road bridge across the Godavari river on Vijayawada Jagdalpur National Highway is being executed at a snail’s pace.
Union Minister for Road Transport and Highways Nitin Gadkari, Union Minister of State for Labour Bandaru Dattatreya and Roads and Buildings Minister Tummala Nageswara Rao laid the foundation stone for the bridge, taken up at a cost of Rs 98.45 crore, on April 1 last year.
The construction 1.2 km long bridge should be completed within 24 months from the date of launch of the project. The bridge works did not begin soon after laying of the foundation stone due to some initial hurdles. It took a little more time to get technical sanction for the bridge project. The approval of the bridge design by the National Highways Authority of India (NHAI) also took more time.
There is widespread criticism by the experts that the contractor executing the bridge project wasted precious time without deploying heavy machinery to speed up the works when the water level in the river was low.
The perennial river witnesses rise in the water level during the rainy season. It is in spate in September and Godavari floods are a regular phenomenon. The water level in the river does not recede till December during normal times.
Some engineering experts feel that if the contractor fails to execute considerable amount of the project work in the next two months, the work on the bridge may not be taken up till December as it is not easy to undertake construction of piles when the river is in spate.
Speaking to The Hans India, National Highways Executive Engineer Satyanarayana agreed that the works were not progressing as fast as desired. The EE, who assumed charge recently, said there was no significant progress in the execution of the project works though the NHAI authorities instructed the contractor in this regard.
He promised to initiate measures to speed up the bridge works in the coming months to ensure its completion as per schedule.