Pedda Cheruvu to get more funds 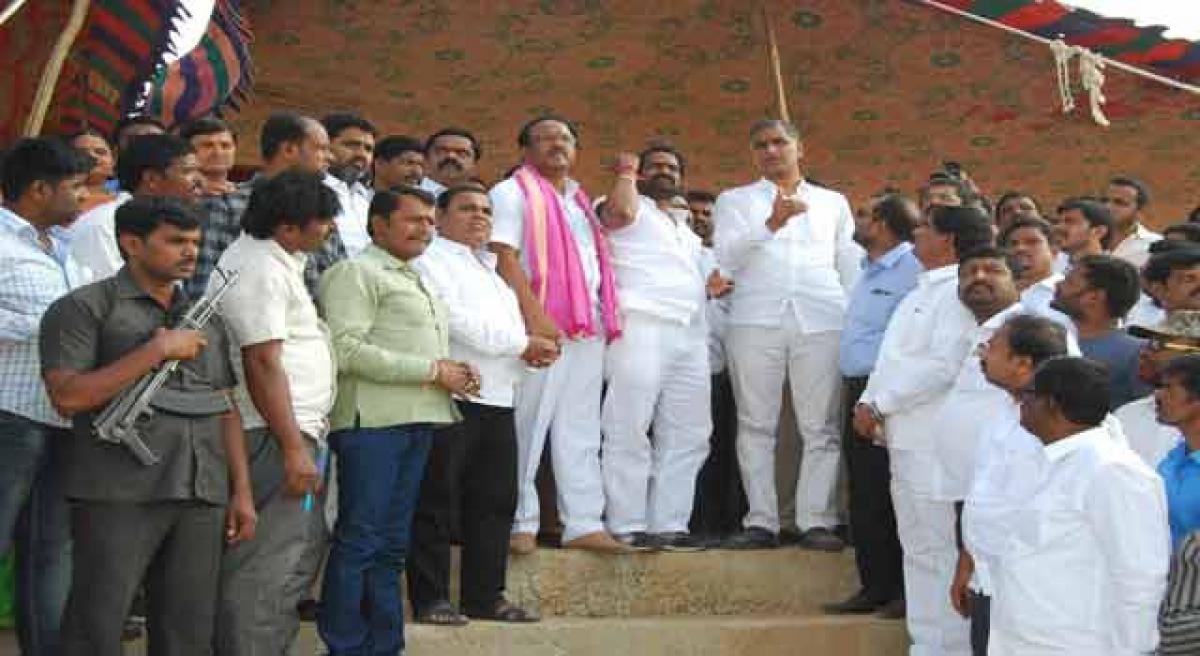 Heavy Irrigation and Marketing Minister, T Harish Rao, promised to release additional funds for the development of ‘Pedda Cheruvu Tank bund’ as an attractive tourist spot which is located in the middle of Mahbubnagar.

​Mahbubnagar: Heavy Irrigation and Marketing Minister, T Harish Rao, promised to release additional funds for the development of ‘Pedda Cheruvu Tank bund’ as an attractive tourist spot which is located in the middle of Mahbubnagar.

While touring the lake site on Saturday, the Minister promised to develop the lake in to an attractive tourist destination with recreational centres and other amenities for the tourists.

“Earlier, the government had sanctioned Rs 6 crore for the development of Pedda Cheruvu as a tourists spot in the heart of the district. “If necessary we shall provide additional funds to make this place in to a recreational centre for the people of Mahbubnagar town,” said Harish.

The Minister said that the State government is giving equal priority to all sectors including tourism. As Mahbubnagar has many historic and renowned places that have huge tourism potential, the State government has allotted a major chunk of the tourism funds for development works such as construction of resorts and initiation of boat tourism at Somashila on the banks of the Krishna River.

Apart from this, the State government has also granted funds for the development of ‘Pedda Cheruvu’ which were used for construction of railings, installation of boating, and fountains in the lake.

“In addition to the funds from the tourism ministry, the Minister for Health and Family welfare is also allocating special funds for the development of the lake.

This will not only help the place to become a popular tourist destination, but the resultant green gardens, and pavements will make it a popular destination for morning walkers in the district,” said Harish Rao.

The Irrigation Minister also promised to set up a ‘Model Agriculture Market’ in the old godown of Rythu Bazaar in Mahbubnagar town.

“We have already issued orders to the district collector to develop the old godown of Rythu Bazaar in to a model market,” said the Minister.

Speaking on the Palamuru Ranga Reddy Lift irrigation (PRRLI) scheme, the Minister condemned the decision of YS Jagan Mohan Reddy in Andhra Pradesh to hold hunger strike from May 16 to 18 in opposition to the PRRLI project.

He said that PRRLI was aimed at eradicating drought and migration from Mahbubnagar.