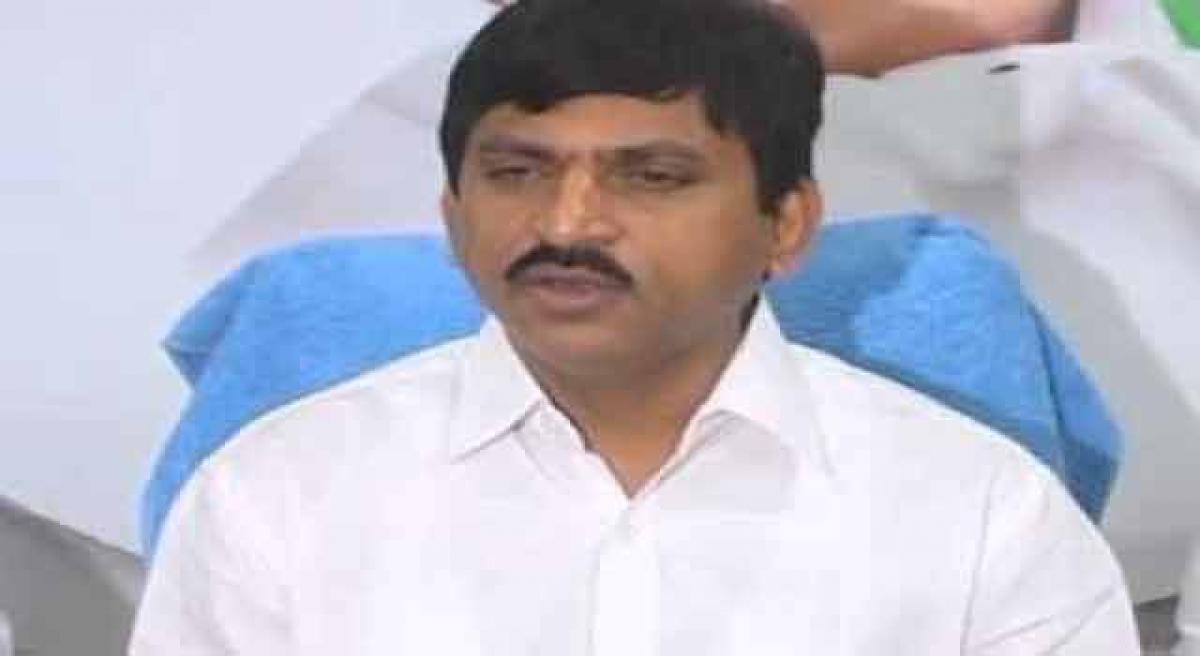 Ponguleti Srinivas Reddy, who resigned from YSR Congress party on Monday, said the move by YSRC President Y S Jaganmohan Reddy to launch three-day fast against irrigation in Telangana State had pained him.

Talking to The Hans India after tendering his resignation from the party, Srinivas Reddy said he along with MLA Payam Venkateshwarlu and other party leaders would join the ruling TRS in the presence of Chief Minister K Chandrashekar Rao at Telangana Bhavan on Wednesday.

Srinivas Reddy said “YSR's family, including Rajasekhara Reddy, Jaganmohan Reddy and even Sharmila treated me as a family member but as a son of Telangana soil I kept aside the love and affection that was shown to me by them and decided to resign from the party.”

He said he was opposed to the three-day fast to be undertaken up by Jagan at Kurnool from May 16. All the party leaders had also resigned along with me,” said Srinivas Reddy, adding that the Chief Minister was completing the irrigation projects launched by late Chief Minister Y S Rajasekhara Reddy by redesigning them.