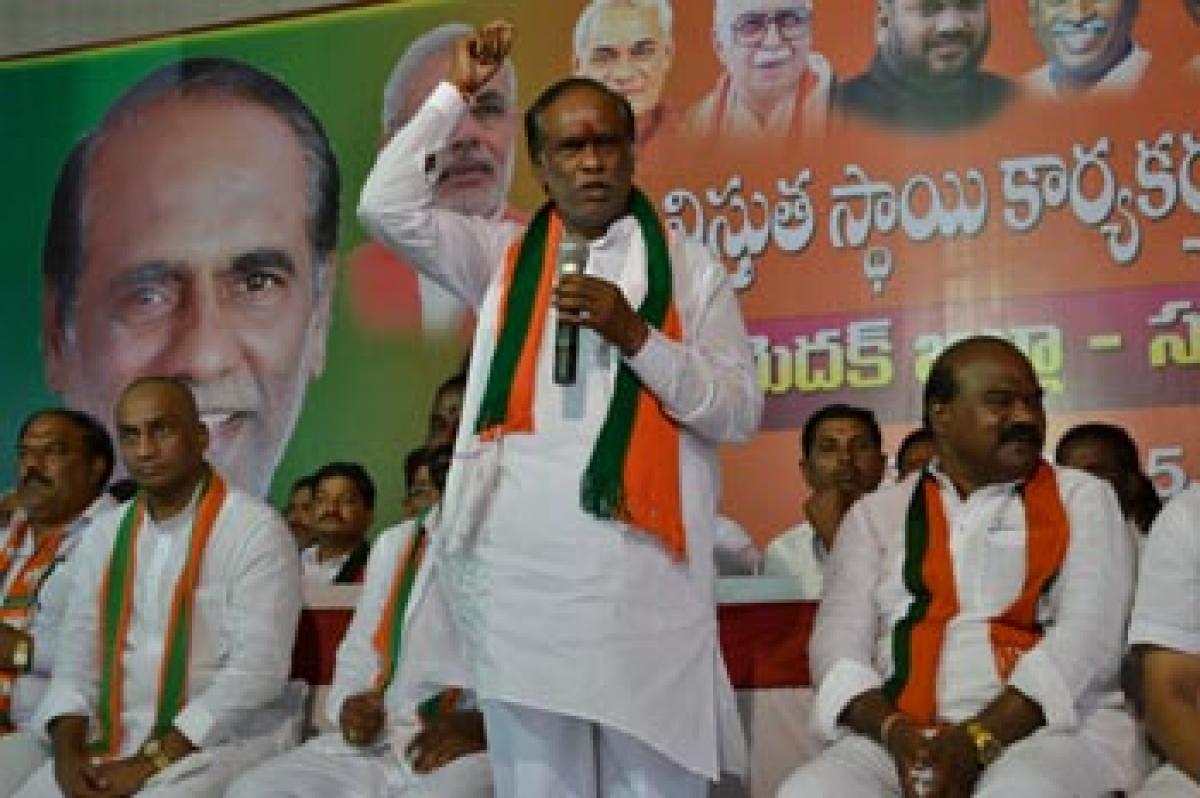 Sangareddy: Newly-elected BJP State unit president K Laxman strongly condemned the Telangana Rashtra Samithi (TRS) government’s allegation that the NDA government had done nothing for Telangana so far. In fact, he blamed the State government for failing to acquire land for some of the Central government’s projects, thereby delaying them.

He blamed the TRS government for failing to acquire land for projects like National Industrial and Manufacturing Zone (NIMZ), four-lane NH 61, Krishi Vigyan Kendra and other developmental activities. He questioned why the Chief Minister was only interested in building 2BHK houses in Erravelli and Narsannapeta, when poor people without proper housing were living all across the district.

He alleged that Rs 85 lakh which were directly allotted to each gram panchayat were being wrongly utilised for payment of past arrears, when they were actually meant for development of gram panchayats. He spoke about underutilisation of SC/ST sub-plan funds in the State and termed the government anti dalit and anti tribal.

He said that the redesign of irrigation projects were only meant to fill the pockets of contractors and questioned why projects like Koilsagar, Nettempadu, Bheema and other pending projects were not on top priority of the government. He asked what steps were taken by the government to address issues like cattle being sent to slaughter houses, high migration among farmers, large scale farmers’ suicides after formation of Telangana, protection of traditional skilled professions, high unemployment among youth and provision of drinking water to rural households.

Observing that the people of Telangana had already started getting a reality check done about the failed governance in the State, he said the only alternative in the State was BJP. He concluded saying that the BJP would work towards strengthening the party in rural areas and would become a party of weaker sections.