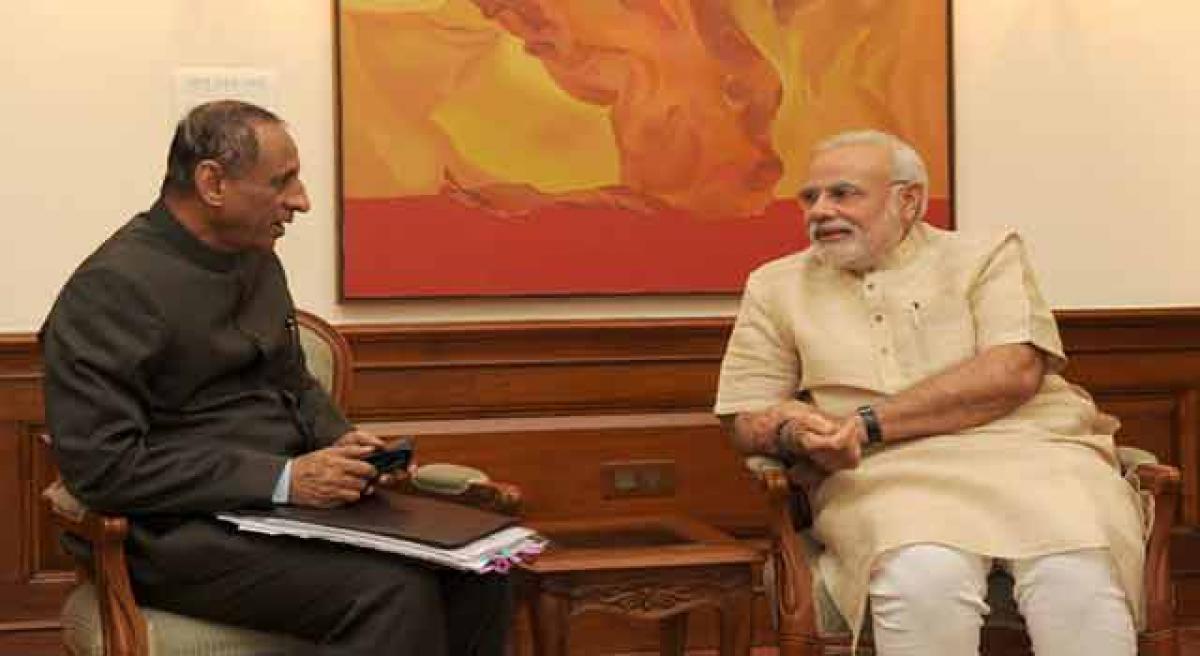 Later addressing media, he said that he brought to the notice of the Prime Minister the extent of drought affecting the States and the measures adopted by the two governments for tackling the same.

He said that the two governments were doing a good job in this regard. The Governor refused to comment on the political defections in the two States claiming "he was not going discuss politics".

He said that he also met Defence Minister, Manohar Parikkar.