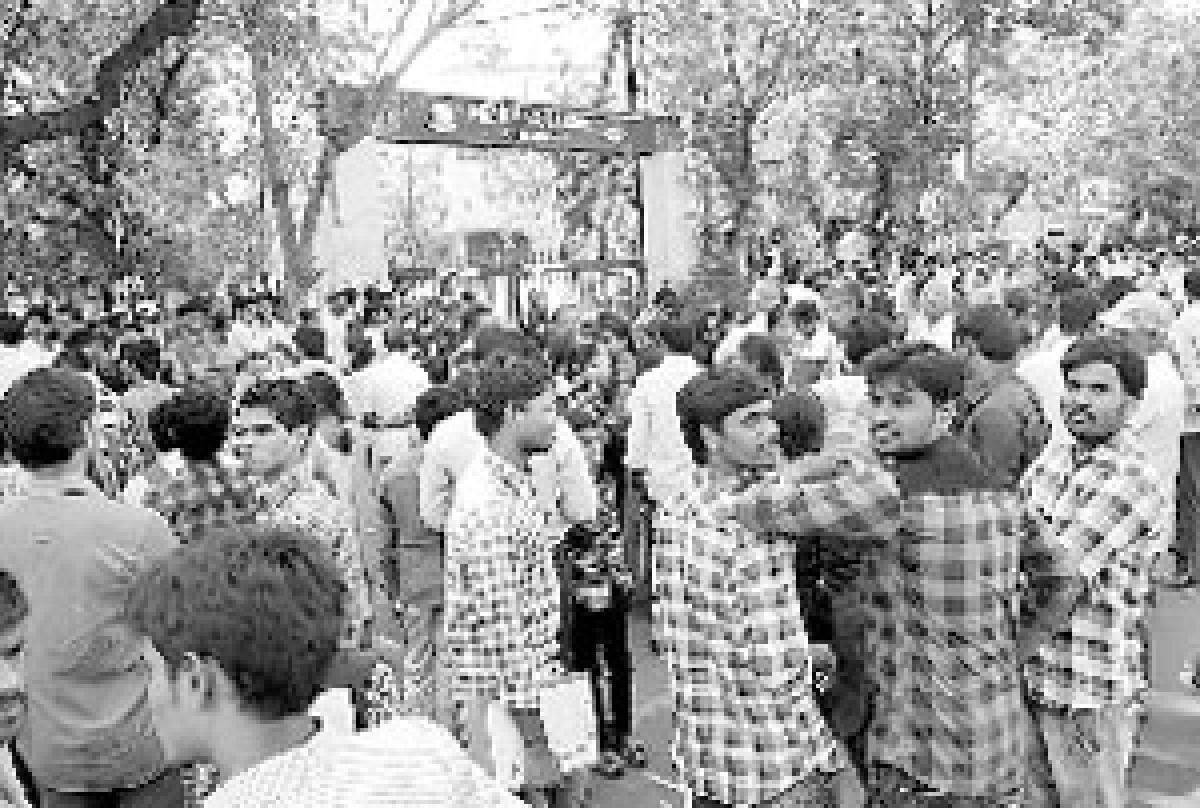 Hyderabad: The first Teachers Eligibility Test (TET) conducted in Telangana on Sunday ended on a peaceful note with 87.10 per cent attendance for paper I and 91.83 per for paper II in the morning and afternoon respectively.

Candidates who were looking forward to appear for the test took the examination with enthusiasm. Officials stated that there were no latecomers following the strict implementation of not allowing candidates into test centres if they are late for a minute also.

Some candidates complained that they faced hardship in reaching test centres. They said that they had to put up with severe inconvenience due to the lack of bus facility.

The implementation of strict measures by officials to prevent malpractices proved to be effective.

CCTV cameras were installed in the test centres and officials thoroughly checked the candidates before their entry. Biometric system was also enforced to prevent impersonation.