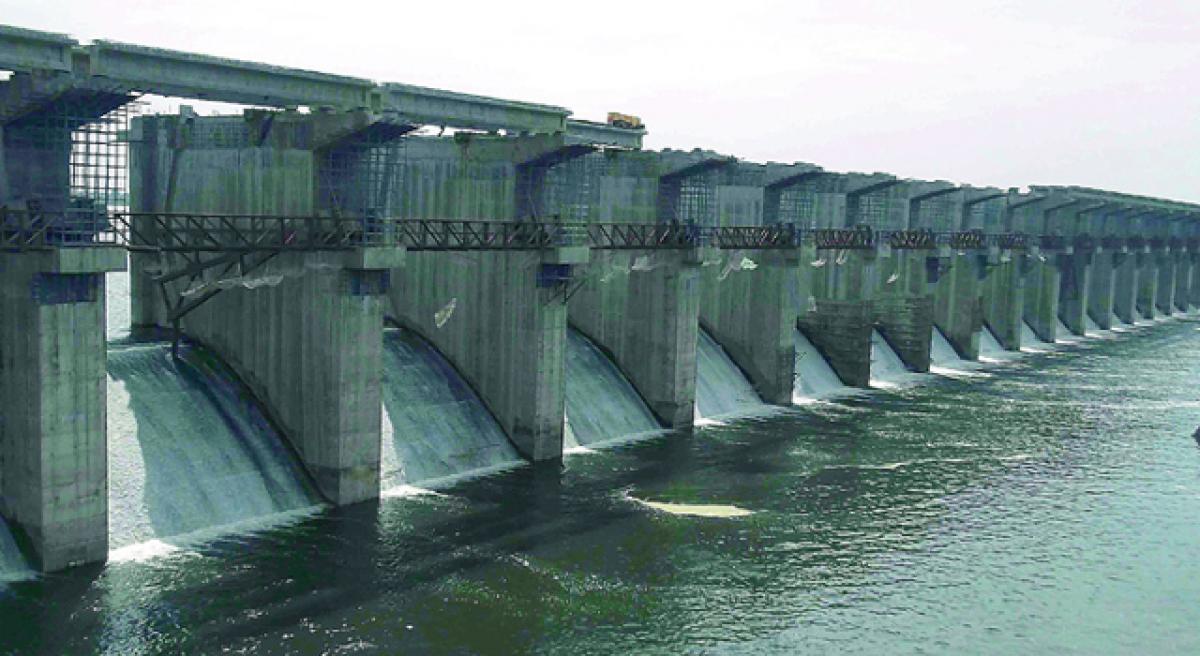 Telangana government is all set to ink a historical pact with Maharashtra on August 23 on irrigation projects proposed to be constructed on River Godavari.

​Hyderabad: Telangana government is all set to ink a historical pact with Maharashtra on August 23 on irrigation projects proposed to be constructed on River Godavari.

Stating this here on Saturday, the Chief Minister K Chandrasekhar Rao said that this would herald a new era in the relations between the two states and would be a standing example of how the states can resolve inter-state disputes without the Centre’s intervention.

He said the pact would be signed at Sahyadri Guest House with his Maharastra counterpart Devendra Fadnavis. Under the agreement, the two states would take up Tummidihatti, Medigadda (Kaleswaram) and Chanaka–Korata projects. Irrigation Ministers, Chief Secretaries and top officials of the Irrigation department of the two states would be present on the occasion.

Briefing media after the Cabinet meeting, KCR said it was a ‘historical victory’ for Telangana which had convinced the neighbouring states and resolved decades-old pending disputes pertaining to water sharing in an amicable way.

In order to address the issue, the two governments constituted Inter–State Board consisting of the CMs of the two states, five Ministers each from Telangana and Maharashtra, Chief Secretaries of the two states and representatives from the union government.

Replying to a question on the recent PowerPoint presentation made by Telangana Congress on redesigning of irrigation projects, KCR said it had exposed the hollowness of the Congress party and has proved that it does not have any understanding of the subject.

He said Congress was in power for ten years both in Maharashtra and in erstwhile Andhra Pradesh but did nothing to resolve the pending inter-state disputes.

On the contrary, the TS government has not only resolved the issue with Maharashtra in the shortest possible time but has also entered into an agreement with Chattisgarh state for power supply.

Even the water issues pending with the Karnataka government were resolved. “We want to maintain cordial relations with the neighbouring states and develop the state,” the Chief Minister said.