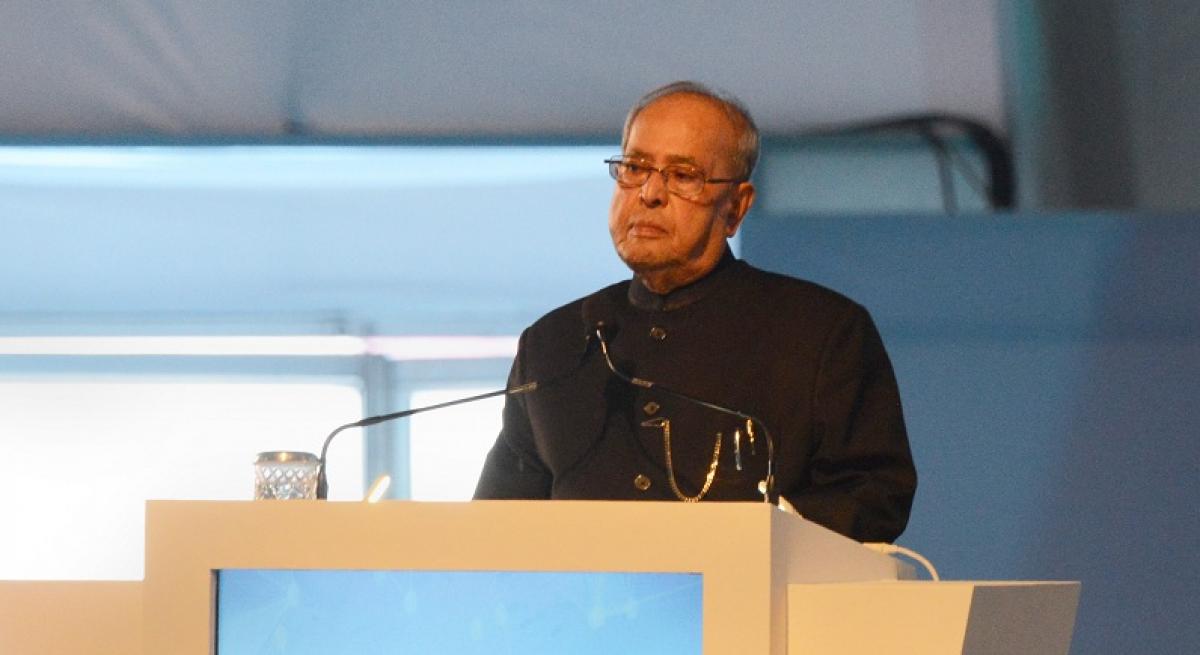 Speaking on the occasion, the President mentioned that it was an honour to be present at Osmania University's cenetenary fete and recalled that the University got to witness the ending of the War World 1 and the World War 2, during it's journey.

Adding that OU witnessed a number of momentous changes including the bifurcation of the state, he further reflected over the education policy of the country.

Explaining the purpose of University Grants Commission (UGC) and the establishment of educational institutions, particularly universities in India, the President said that great minds - teachers or students facilitate meeting and form a platform to exchange ideas due to these institutions.

Mr Mukherjee also pointed that universities like Taksasila and Nalanda, existed in ancient Indian thus proving that the Indians are highly civilized since ages.