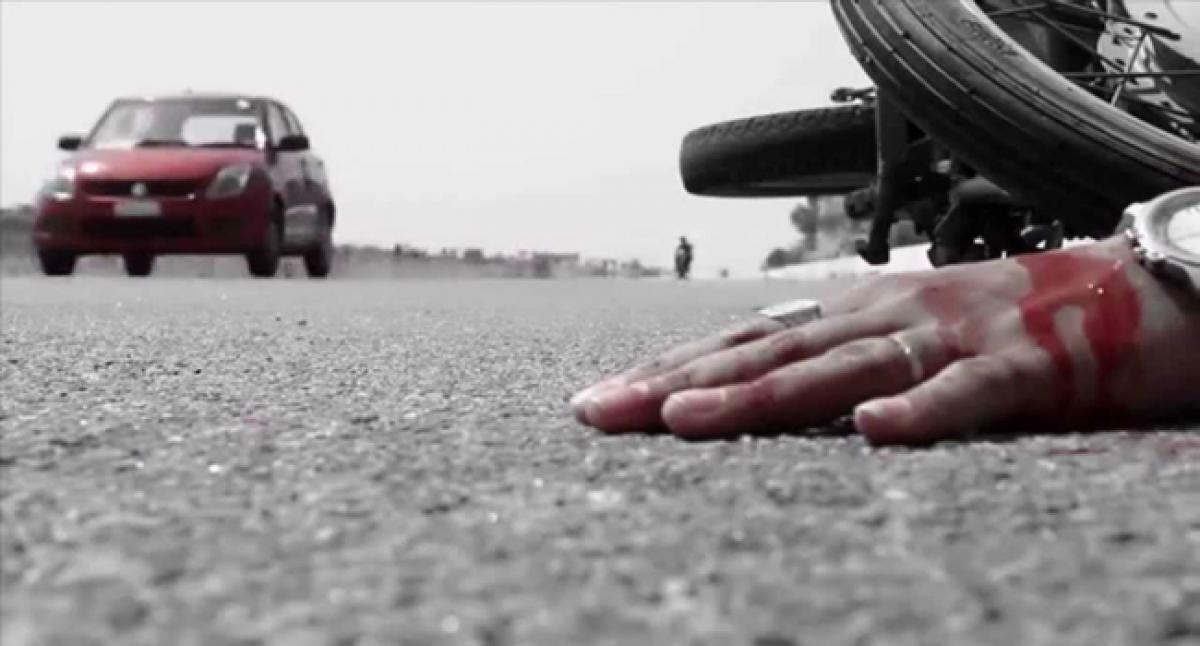 Aravapally (Suryapet): Two persons died on the spot and two others were injured when the motorcycle on which they were riding went into a skid and fell on the road at Kunchamarthi village under Aravapally mandal in the district on Tuesday.

The deceased were identified as Ramulu, Kanakaiah, native of Annaram under Tungaturthi mandal in the district. According to the police, four persons, including a woman and a child, were riding on the bike when it skidded off the road after the driver applied sudden brake.

In the incident, Ramulu and Kanakaiah died on the spot and the women suffered grievous injuries. The child, however, escaped with minor injuries. The police shifted injured to Area Hospital in Suryapet for treatment. Aravapally police registered a case and took up investigation.