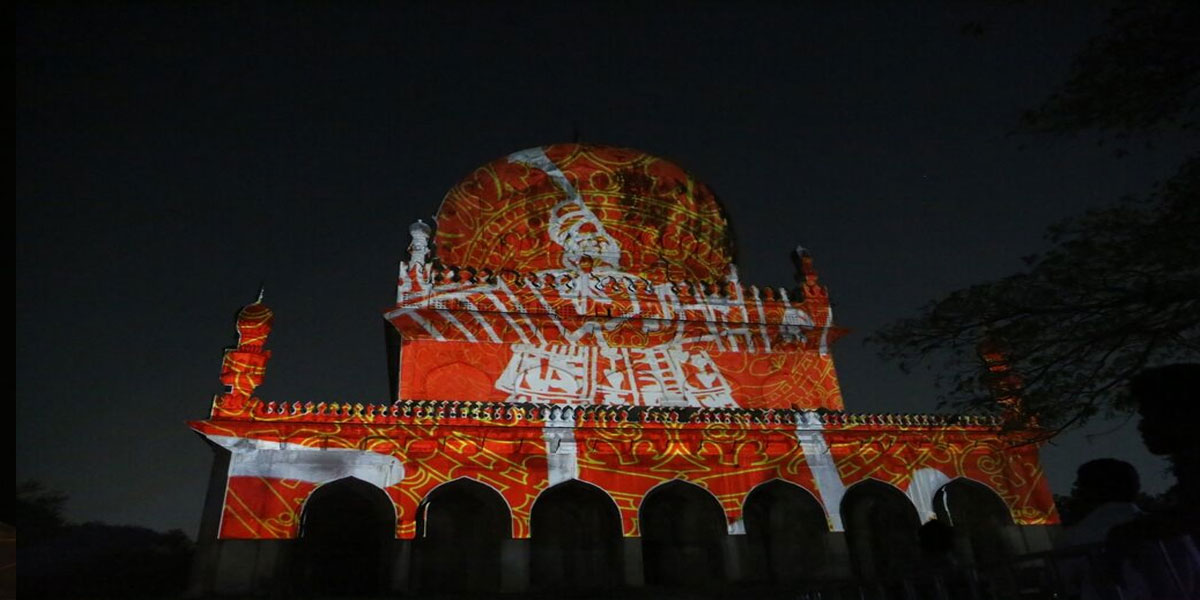 The final event of Krishnakriti Festival was an evening of music that began with 3D mapping based on history of Hyderabad on Qutub Shahi Tombs by French artist Delphine Dellas and Nicolas Louvancourt. The mapping projected on the tomb of Abdullah Qutub Shah takes as a starting point the story of Hyderabad from the reign of Abdullah. By using Krishnakriti Foundation’s photographic archives, Delphine Delas’ drawings inspired by this collection, current videos of the city, visual games and volume from the architecture of the tomb, Nicolas Louvancourt and Delphine Delas presented for the first time in India, a unique audiovisual work in 3D.