How one can reach SHE Team members 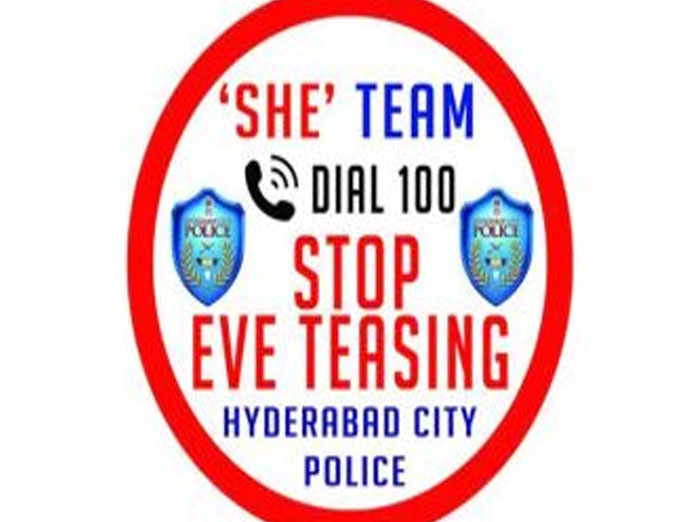 Divya, a resident of Malkajgiri working as a programme head in a software company in Madhapur, was being harassed by one Sai Kumar, a carpenter She...

Divya, a resident of Malkajgiri working as a programme head in a software company in Madhapur, was being harassed by one Sai Kumar, a carpenter. She decided to take revenge and along with her friends and kidnapped Sai Kumar but within no time the police swooped down and caught her. Now, she has turned an accused herself and the harasser a victim. If only she had sought the help of city police, especially its wing specialised in ensuring women safety!

Police advise the girls, especially victims, not to take matters into their own hands. They ASSURE help is on hand and the victims only need call them up on '100.' The assurances and constant campaign by SHE Teams at public places including bus stops, institutions notwithstanding, many young girls and women still do not know about SHE Teams and the laudatory service they are rendering to the hapless girls and women.

Shika Goel, Additional CP (Crimes and SIT) says, “We are doing our best to spread awareness in several platforms but women should use our services and bring to our notice.” Achyutha Rao, honorary president, Balala Hakkula Sangham, demands stringent action against anyone reported to the police for eve-teasing or pestering for love. He urges the strict implementation of the new POCSO Act.

Revathy Balakrishnan, a psychologist, says, “It is a mental sickness. Boys should be counselled from an early age on how to deal with girls. Schools should play an active part.”
SHE Team was launched on October 24, 2014 and 100 teams have been formed so far, keeping in view the vision of the Telangana government for safe and secure environment for the women all places.

If any harassment is reported, SHE Team first try to provide counseling to the accused, their parents or care takers, and warn them not to repeat the offence again. If the crime warrants action, no lenience is shown, however.It has been learnt that 100 more hot spots with regard to women safety have been identified, taking their total number to 200 in the twin cities.

The hot spots have been identified after a detailed survey and victim feedback. Later, the hot spots are grouped into routes and patrols reoriented accordingly. SHE Teams have a daily routine of visiting railway stations, bus stations, market areas, shopping malls and they try to apprehend the eve teasers red-handed.

A child-friendly court was started in April 2018 to try cases of sexual offences against minors under the POCSO Act. It has the facilities to make a child feel comfortable during the process of trial. Since its formation till 2018 14 cases referred to it by Bharosa have ended in conviction. Teachers are also being made aware of the important sections of the POCSO Act as well as about the importance of sensitising girl children on "good and bad touch."Girls can contact SHE Team in following ways: 'Dial 100,' mail: hydsheteam@gmail.com; Facebook:hydsheteam; WhatsApp: 94906 16555; or they can simply reach any cop, or walk into any police station. Action is guaranteed, says Hyderabad Police.