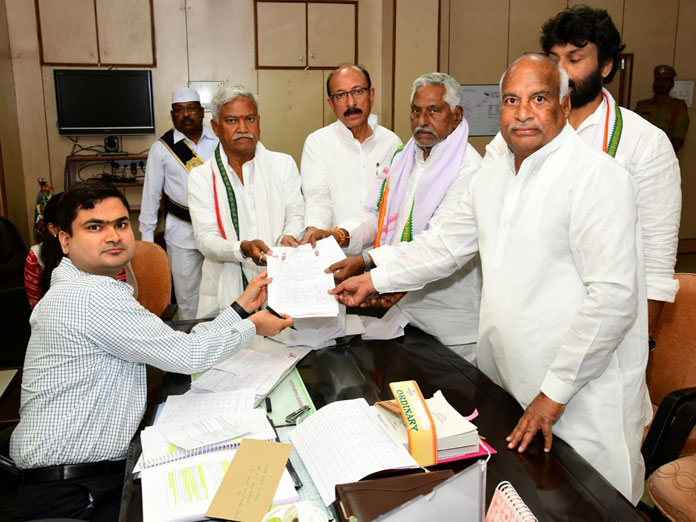 It is to be noted that, last time the TRS fielded Swamy Goud for Graduates MLC seat and this year it did not announce its candidate’s name till date and the last date for filling nominations papers is March 1.

Nominations can be withdrawn till March 5 and the elections will be held on March 12 and the results will be announced on the same day. Speaking after filling the nominations, T Jeevan Reddy thanked All India Congress Committee (AICC) president Rahul Gandhi for allotting the ticket to him for contesting in the MLC elections.

He alleged that the TRS government had utterly failed in solving the issues of unemployed youth and betrayed students by forgetting fee reimbursement.

Reddy said that he is contesting the MLC elections to become the voice of the unemployed youth and students including people and appealed all the graduates present in the four united districts to cast their valuable vote for him to elect him as MLC with bumper majority.

Later, a meeting was held with party leaders of four districts which falls under MLC Graduates constituency under the leadership of Karimnagar DCC president Katakam Mrutyunjay here at private function.