Day temperatures to rise above normal 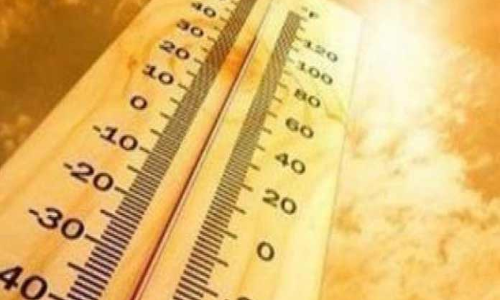 According to the bulletin, the day temperatures recorded in the State were: Mahbubnagar 38 deg C, Bhadrachalam & Khammam 37 degrees each, Nalgonda 36, Hyderabad and Ramagundam 35 each, Adilabad, Hakimpet, Medak and Nizamabad, 34 each and Hanmakonda, 33 degrees.

The forecast said that dry weather was very likely to prevail in the State on March 9. Light to moderate rainfall or thundershowers are very likely to occur at isolated places on March 10 and 11. However, no major changes during the period between March 12-14, says the weather forecast.