Will Earning an IT certification land you a job, pay raise? 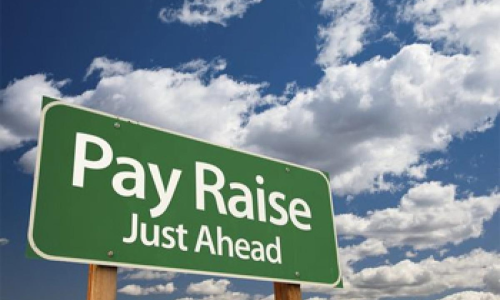 Earning an IT certification won’t automatically land you a job or a pay raise, but it can be valuable in the right circumstancesAn IT veteran with more than 40 years of experience, George Craft got his start in the technical trenches and eventually crossed over to management, earning choice certifications along the way to advance his career.

Earning an IT certification won’t automatically land you a job or a pay raise, but it can be valuable in the right circumstancesAn IT veteran with more than 40 years of experience, George Craft got his start in the technical trenches and eventually crossed over to management, earning choice certifications along the way to advance his career. His first credential -- a Certified Data Processor designation in the late 1970s -- gave him credibility as a "computer guy" at a time when IT was a fledgling field, he says.

His subsequent certs, including a CNE (Certified Network Engineer), an MCSE (Microsoft Certified Solutions Expert) and a CCNA (Cisco Certified Network Associate), also came in handy, giving him the footing to pursue new opportunities as particular technologies got hot.

Now director of IT for Motorola's Smart Public Safety Solutions (SPSS) (SPSS) unit, Craft acknowledges that none of those top-drawer certifications was the linchpin in landing a new job or scoring a big pay raise. "It's not necessarily a ticket in the door," he says. Nevertheless, he views certifications as assets in the right context. "[Each] time I went to change jobs, having that certification was a qualifier," he adds.

Craft, like many senior IT executives and hiring managers, sees value in IT certifications as a way for tech pros to keep their skills fresh and as indicators that job candidates are seriously committed to enriching their technical expertise.

Computerworld's 2016 IT Salary Survey, conducted in the fall of 2015, shows solid interest in certifications among the 3,301 respondents: More than half (54 percent) said they have IT-related certifications, and 44 percent said they plan to pursue an IT certification within the next 24 months.

Security topped the list of the most popular types of certifications, with 22 percent of those polled saying they planned to pursue a credential in that area. Networking was next, cited by 16 percent of the respondents, followed by project management (15 percent) and systems administration (14 percent).

At the same time, there appears to be no strong correlation between having an IT certification and earning higher pay or moving up the career ladder more quickly. Only 42 percent of certification-holding respondents to the Computerworld survey said their cert(s) helped them land a job, score a promotion or earn more pay.

"Certifications are like a college education -- they don't necessarily imply anything," says David Foote, chief analyst and co-founder of Foote Partners, a research firm that publishes benchmark studies on skills and certifications pay premiums. "Companies look well beyond technical skills -- they want people who have done something and made an impact . . . and they don't need a certification to tell them that."

Clayton Lee, director of business technology at the Corval Group, an industrial contractor, is generally bullish on certifications when evaluating prospective hires -- to a point. All things being equal, real-world experience will trump a paper certificate, says Lee, who himself has a number of certifications, including a Project Management Professional (PMP) credential.

"Say you're an MCSE -- you've read the book, taken the test and gotten practical experience, but not corporate experience," he says. "Everything you learn is the best-case scenario, and in the real world, things never set up in the best way.

"Someone with a certification and no experience shows initiative and that they're on the right track, but experience wins every time," he adds.

Certifications have gotten a bad rap in many organizations, Foote says, because some haven't lived up to expectations, weren't rigorous enough or were associated with vendors making false promises.

To avoid such issues, Jason Hayman, research director at IT staffing and services firm TEKsystems, warns IT practitioners and hiring managers to be sure that certifications are well known and that the vendors that grant them are well established.

"There's been a lot of certifications popping up over the years where you go online and, after a few hours or days, take a test and get some sort of certification in programming or architecture," he explains. "These are the types that businesses are skeptical of now."

Where certs can pay off

Certifications have a slightly different status in the IT consulting sector, where clients want the credibility when they're paying for a particular type of expertise. That's the case at Momentum Consulting, where IT staffers are encouraged to get certifications in technologies from partner companies, including Oracle, Microsoft and Informatica, according to Jose Leyba, director, solution delivery.

"It's important for customers to validate the level of expertise of the people we're putting on-site on their projects," he explains. "It's a stamp of approval."

Leyba says it's also important for staffers to bolster their skills in other ways, like participating in forums or speaking on technical panels. "That elevates their street cred," he says. Leyba himself says he pursues the occasional certification -- most recently, for SharePoint -- mostly to build credibility among his direct reports, for whom certification is a must.

Joseph Morgan has also had positive experiences with certifications, his most recent being in IBM's DataPower integration appliance. Since there isn't a wide pool of experts who are knowledgeable about DataPower, Morgan says his certification has opened up a lot of doors. "It's gotten me into companies that need a DataPower guy, and they're willing to offer a lot more money if I'm certified," says Morgan, manager of Web service integration at KPMG. "With .Net or Java, there are so many people out there, but with DataPower, you can't just download the tool and start learning."

But even in more popular specialties, certain certs are in high demand. Of the 395 certifications that Foote Partners tracks, those in security, program management and architecture are most in vogue, Foote says.

For his part, George Craft got his last certification in 2009 when he moved into management and began to focus on nontechnical skills. However, he says there may be more technical certifications in his future -- for virtualization and the cloud, in particular -- if he doesn't decide to retire before he needs them.

"Those will be next up," says Craft. "Certification can help as a manager by providing technical credibility. I feel like it's worth my time and effort."