Saina and Sindhu are precious diamonds 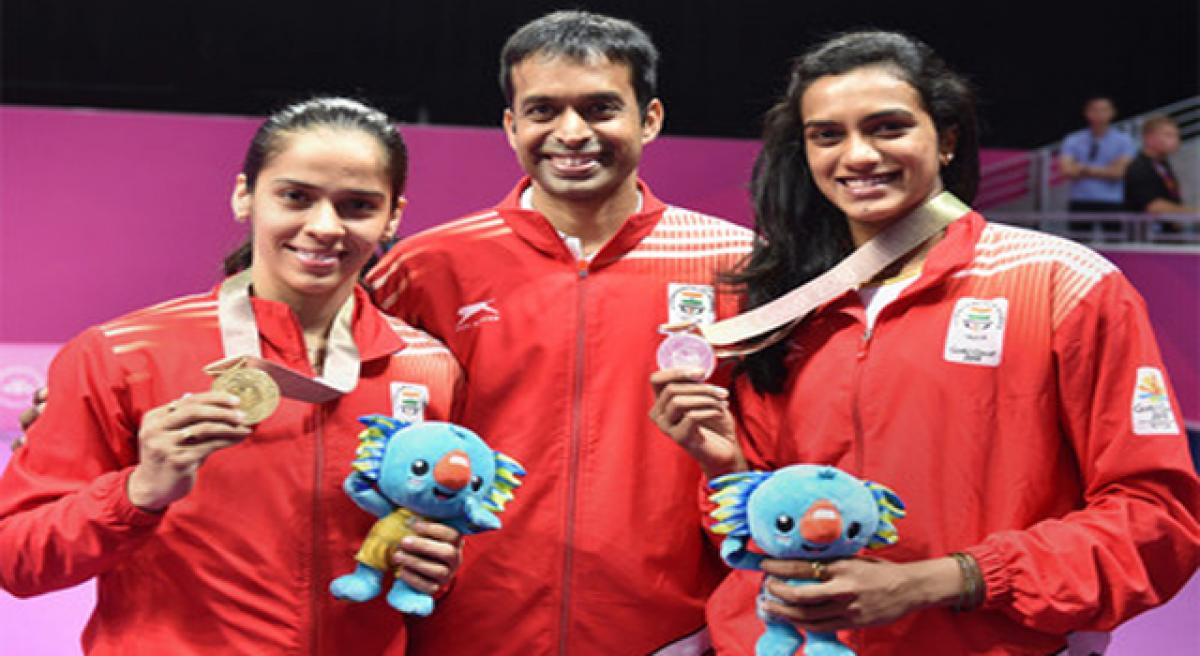 “As a coach, I treat both Saina Nehwal and PV Sindhu as precious diamonds. Winning or loosing happens every day at the Academy in Hyderabad.

Win or defeat in game encourages the winner and looser to raise the bar and reach higher,” said Gopichand. With the win at Gold Coast, Saina, ranked 12th in the world, took her overall head-to-head record against Sindhu to 4-1.

The last time these two shuttlers met in the final of an event was at last year’s National Badminton Championships where Saina won 21-17, 27-25 to clinch her third title. Gopichand was speaking during a felicitation programme organised by FICCI Ladies Organisation (FLO), the women business wing of the Federation of Indian chambers of Commerce & Industry.

The taskmaster added, “During competitions or coming matches I take away players including Saina and Sindhu mobile phones and raid their rooms to check laptops and refrigerators to check they have no chocolates stocked.”

“One has to be strict with them to win. My dream is my students winning gold in Olympics.” While Saina is an Olympic bronze medallist, Sindhu did one better by winning a silver at the Rio Olympics in 2016.