Tenali Raman and a horse one horse to each person in his kingdom, to take care of. He also gave everyone a good supply of straw to feed the horses. Everyone except Tenali Rama was happy with this plan. 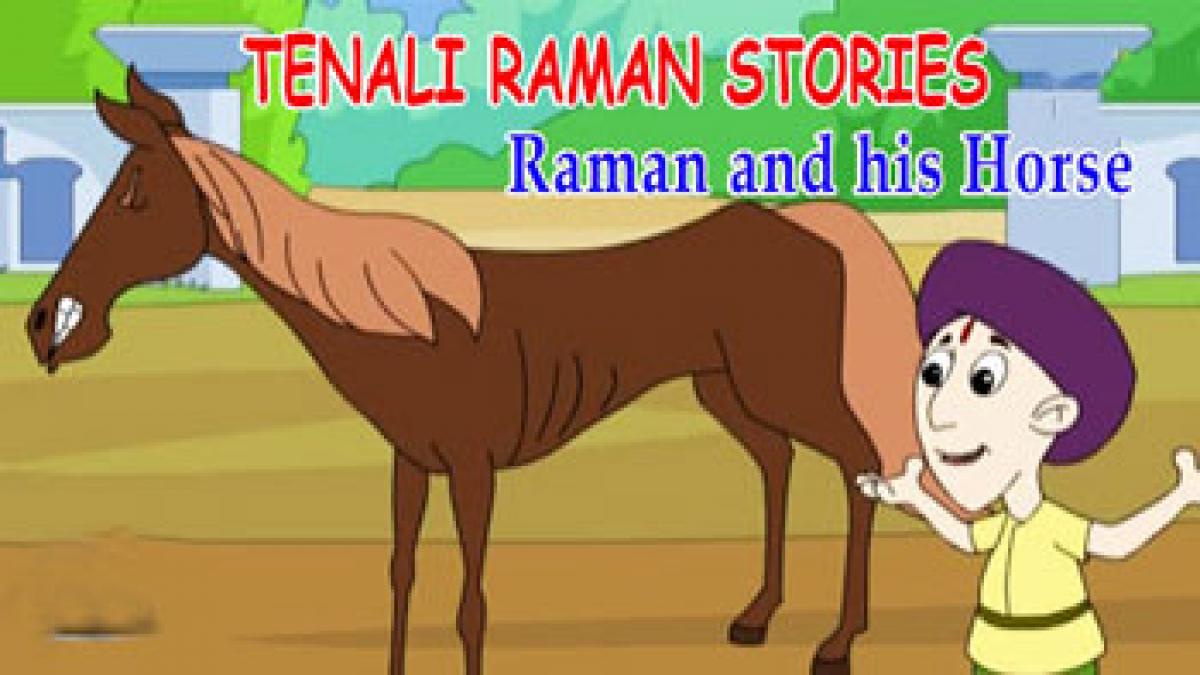 Once, king Krishna Deva Raya wanted to expand his army. So, he needed more horses. He decided to give one horse to each person in his kingdom, to take care of. He also gave everyone a good supply of straw to feed the horses. Everyone except Tenali Rama was happy with this plan.

He shut his horse in one room and everyday at exactly nine o’clock he gave the horse very little straw through the window. He gave the rest of the straw to his cows who became fat and healthy.

At the end of a year, the king wanted to see all the horses. All the people who had been given horses to grow up, brought their horses for inspection. But Tenali Rama did not bring his horse. On being questioned, he answered that his horse had become so strong that he could not bring it to the court.

The king was surprised on hearing this. He said, “Alright, I will send my chief inspector to your house tomorrow morning at nine to inspect the horse there.” Tenali agreed. The next morning, the chief inspector went to Tenali’s house. He had a long beard.

It caught hold of the beard in his teeth and pulled. The inspector shouted in pain and tried to pull his beard back. But the horse knew that this was the only food he would get all day and pulled with all his might till the inspector lost his beard.

The inspector went running to the king. He reported that indeed Tenali Rama’s horse was the strongest of them all.