Thousand gold coins and a handful of grain 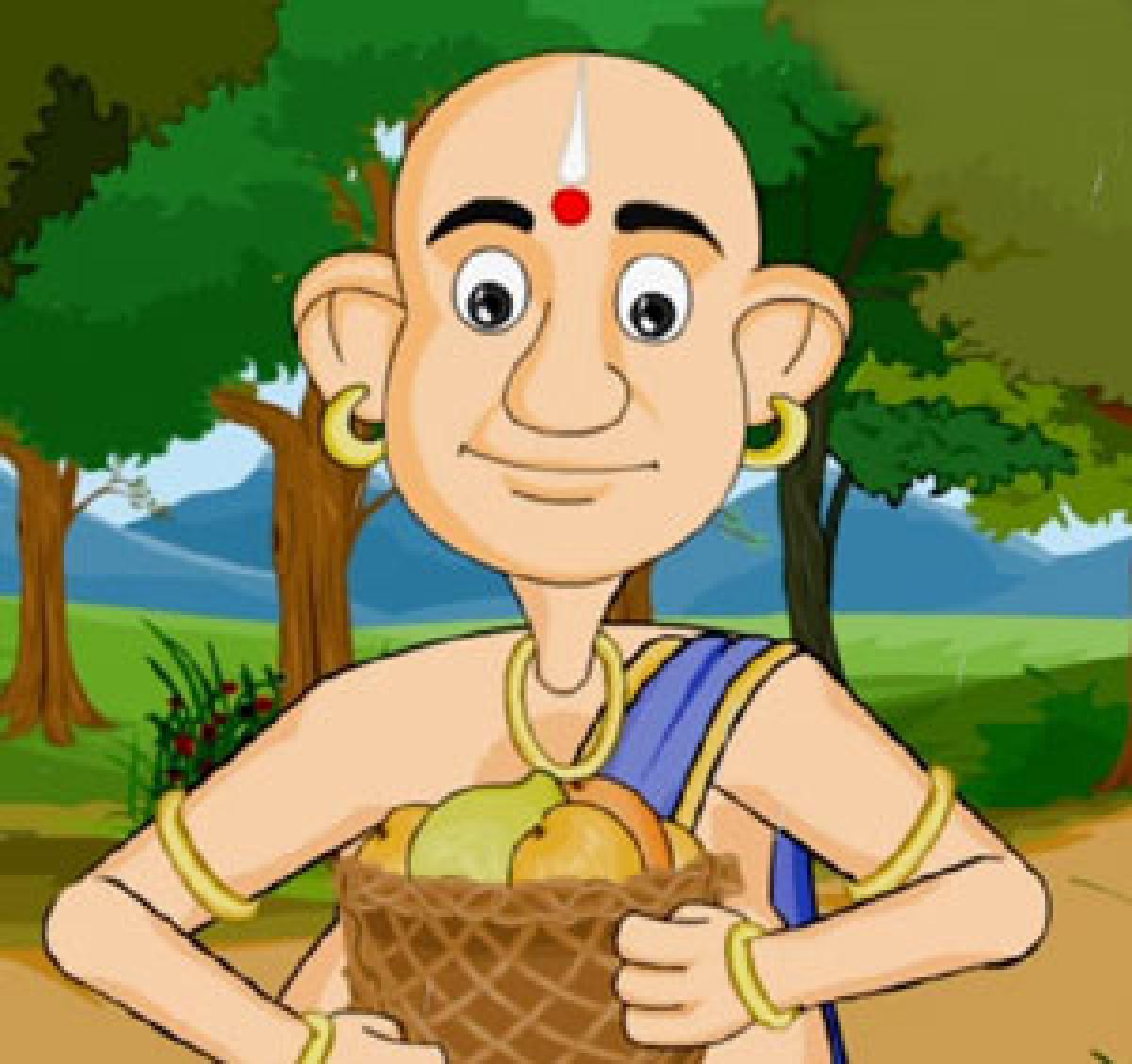 A long time ago, there lived a beautiful woman called Vidyullatha in Vijayanagar. She was a learned lady who was accomplished in all genres of fine arts.

A long time ago, there lived a beautiful woman called Vidyullatha in Vijayanagar. She was a learned lady who was accomplished in all genres of fine arts.

One day, because of her pride and arrogance about her abilities, she put a hoarding outside her house that said, “A reward of one thousand gold coins would be presented to those who would be able to defeat me in humour, wit and knowledge of ancient texts.”

This became an issue of prestige for all the scholars in the region. Many of them took up the challenge and tried to defeat Vidyullatha in the war of words, but none succeeded.

Days passed like this. One morning, a vendor happened to pass by her house selling firewood. The man was shouting at the top of his voice, “Firewood ..strong firewood….Who wants my strong and long lasting firewood?”

The vendor had a shrill voice and was shouting continuously which irritated Vidyullatha. She stormed out of the house and called the vendor, “Oh vendor! Come here! I will buy your firewood. Just tell me how much do you want for it, but please stop shouting.”

The vendor replied, “Madam, I will not sell this for money. If you can give me a handful grain I will readily give you all the firewood that I have.”

Vidyullatha promised him to give what he wanted and ordered him to dump the load in the backyard. The vendor said, “I need a handful of grain, Madam. Have you understood me clearly?”

Vidyulltha yelled at the vendor, “You are asking me whether or not I have understood what a handful of grains mean? I am the most learned lady in the entire district! I know what you want. Now stop arguing and put this firewood in the backyard.”

The persistent vendor said, “Madam, I pity you! You really do not know what I want. If you cannot pay the price, you should pay me one thousand gold coins and wipe the invitation hoarding on the compound wall.”

Vidyullatha was infuriated. She asked angrily, “What nonsense are you saying?”

The vendor said, “This is no nonsense. I told you the price and you agreed for it. Now if you cannot pay the price, you must give me one thousand gold coins for you have clearly failed to understand what I meant. And considering that, I have defeated you in the war of words.”

A heated argument ensued between the two and then Vidyullatha decided to approach the provincial Court of Law for justice. She presented her argument in front of the judge, “My Lord! This firewood vendor is crazy. He asked for a handful of grains in lieu of his load of firewood. I agreed to give him that but he keeps saying that I do not know what it means and wants me to wipe off the board in front of the house. I plead for justice!”

The judge looked at the vendor and asked him what the matter was. He humbly replied, “Sir, I informed her beforehand that the load of firewood would cost her a handful grain. I actually wanted one grain that could fill the hand. If she cannot understand this much, she has no right to put up that hoarding in front of her house.”

That witty vendor was none other than Tenaliram. He had also heard about Vidyulalltha’s arrogance and haughtiness, and had thus taken the guise of a firewood vendor to teach her a lesson.