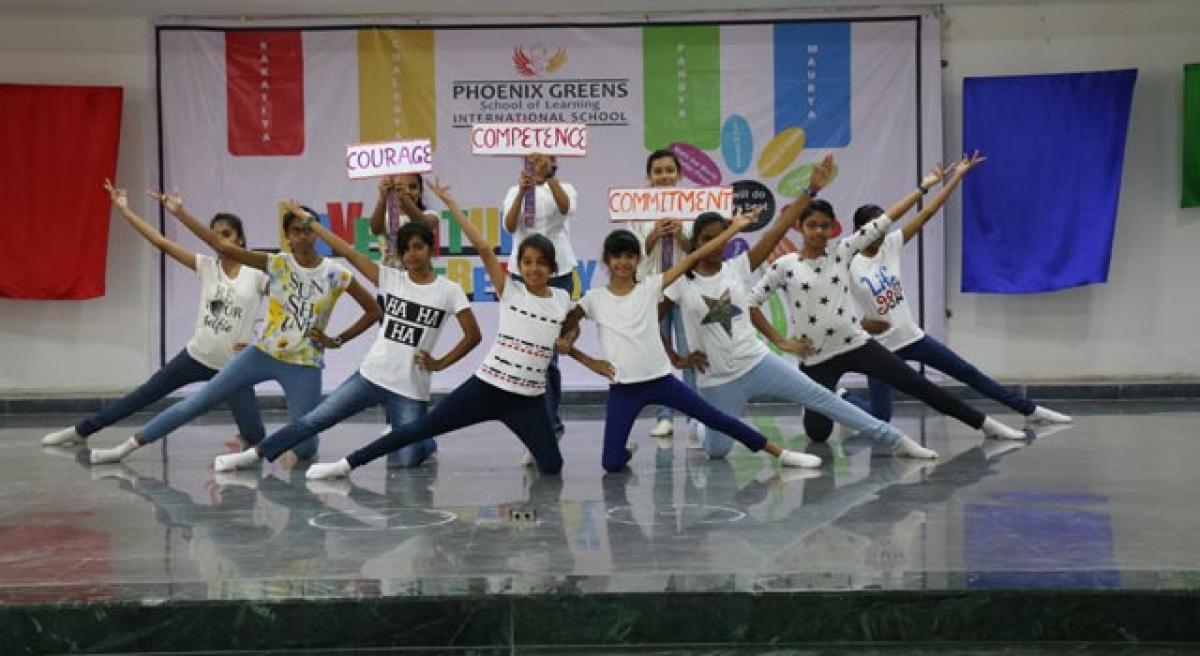 The investiture ceremony is one of the first momentous occasions of the school where the young students are prepared to take up the leadership and...

​Hyderabad: The investiture ceremony is one of the first momentous occasions of the school where the young students are prepared to take up the leadership and discharge the responsibilities entrusted upon them by the school.

Phoenix Greens School, Kokapet, Hyderabad, organised an investiture ceremony for the academic year 2016-17 on 16 July 2016 at the School Auditorium.

The event was presided over by the Director Satyam and the Principal Anju Sharma. It was conducted with high degree of sincerity and enthusiasm.

Seventy two students were sworn in as members of the school senior and junior cabinet. The Director and the Principal inducted the newly elected and selected student representatives with badges and sashes, followed by the oath taking ceremony which was lead by the Principal.

The young leaders have promised that they will uphold the values of the school and keep school’s flag flying high while discharging their duties honestly and impartially.

The Director and Principal addressed on the occasion and congratulated the members of the school cabinet.

The event was concluded with words of gratitude by Prathyusha Nadella of Class X, who thanked the gathering for their participation throughout the programme.

It was a memorable day for the students and faculty members of our school.