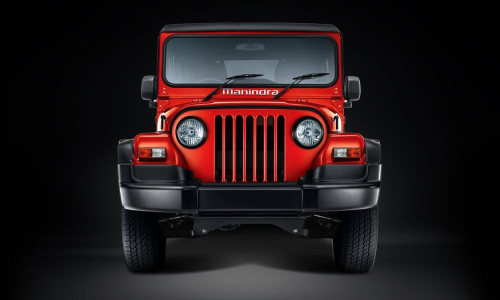 If Jeep is a global icon for offroading and rugged adventure vehicles, then our homegrown manufacturer Mahindra has a reputation for rugged vehicles in the adventure and offroading segment

If Jeep is a global icon for off-roading and rugged adventure vehicles, then our home-grown manufacturer Mahindra has a reputation for rugged vehicles in the adventure and offroading segment. For our market, Mahindra has a product which is miles ahead than any other Indian 4x4 SUV. We have our own icon, Mahindra Thar. And now it's getting an overhaul for its 2nd generation 2020 version. It looks rugged, menacing and bold.

In 1949, first willy's Jeep was built by M&M in India. It was an instant hit and was treated as a Cult vehicle. Soon, it took over the infrastructure & was the first choice for the police and the defense. It didn't stop here. In 1969, M&M started exporting the vehicle. After 60 years of heritage, M&M launched the revised version of the Jeep which is now known as Mahindra Thar.

The Indian version of Jeep Wrangler?

Now, some of the experts are talking about its similarity with Jeep Wrangler, and why not! Thar's imposing looks, capable off-road capability, and aftermarket options put strong competition against the Jeep Wrangler.

For the Indian market, Mahindra Thar has few advantages. First things first, the price tag. Jeep Wrangler is an icon in the US markets & don't have a direct rival there. Plus, the sort of capabilities it has, is impeccable. It has a fan following of its own. But it's reasonably priced out there. In India, Wrangler is priced at 56 lakhs INR ex-showroom New-Delhi, which makes it a really expensive car thanks to the high import duties. The story is little different with the Thar is much more affordable and costs as much as 5 times lesser than the premium Jeep.

Second thing, the maintenance of an off-roader. Every off-road enthusiast knows the fact that these off-roaders are expensive to maintain as they suffer more wear-tear and parts breakdown than other mass market cars. So, when it comes to maintenance, Jeep is really expensive as it is a CBU import and its parts also need to be imported. On the other hand, Thar's parts are "make-in-India" and thus, much cheaper than that of Jeep's. That makes the Mahindra Thar pretty easy to maintain.

But, if we talk about the performance, Wrangler is all about torque. The driving duties on Wrangler are done by a turbocharged 2.8-liter diesel which produces 200 hp & 460 Nm of torque. That's nearly twofold the thrust Thar produces, 105-hp & 247 Nm. The petrol engine of the Wrangler offers even more performance, but is sadly not available in India. If you are an auto enthusiast, then you should definitely check out a review of the US spec Jeep Wrangler.

For the 2nd gen. Thar, everything is getting an overhaul. Changes include seven-slat front grille, round headlamps, and wider track which will be engaging more advanced suspension setup. The upcoming model will be much safer, comfortable and feature loaded. Under the hood, it is believed to get the engine from larger XUV500 but in a different state of tune.

The latest iteration of the Thar will now be easier to drive. The rear locking differential makes it a more capable 4x4. The true rival is Maruti Gypsy but it is not as comfortable and not widely available now. Furthermore, it is going to be axed from the Indian market due to safety norms implementing in 2019. Another threat is Force Gurkha, which is actually a lot capable vehicle, but due to its limited reach to customers is a niche product. Thar is also one of the SUV's which actually gets various customizations. Mahindra Thar is a lifestyle car, a sort of add-on in the garage. It will easily take on the heavy duty offroading and occasionally double as your daily driver.