Afridi claims he knew of teammates' wrongdoings before 2010 scandal 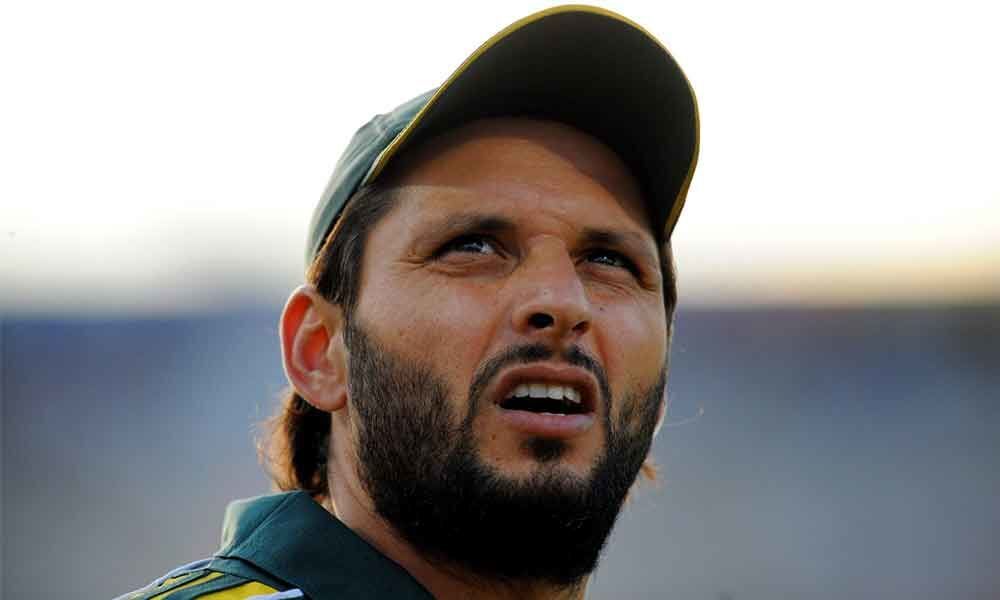 New Delhi : Former Pakistan captain Shahid Afridi has claimed that he was aware of the exchange of messages between his teammates and a bookmaker before the 2010 spot-fixing scandal but then coach Waqar Younis refused to act despite being provided with evidence.

Making another startling revelation in his autobiography 'Game Changer', Afridi said he stumbled upon a series of SMS messages between bookie Mazhar Majeed and some Pakistan players before 'News of the World' broke the story in a sting operation.

The spot-fixing scandal happened in August 2010 during Pakistan's tour of England and then captain Salman Butt, Mohammad Asif and Mohammad Amir were banned by the ICC for their involvement.

Afridi claimed he had lashed out at the team management for turning a blind eye to the issue when he confronted them with evidence prior to the scandal that rocked world cricket.

"...the management gave a damn... typical obfuscation and delay tactics; the Pakistani management's head was in the sand. Maybe the management was scared of the consequences.

Maybe they were invested in these players as their favourites and future captains...I really can't say," Afridi wrote in the book.

He said he was in Sri Lanka on a tour (Asia Cup in June 2010) when he received transcripts of the text messages from Majeed and Butt's 'agent and manager', who was also prosecuted. "It is pure coincidence how I got hold of them.

And it's got something to do with a kid, a beach and a repairman," said Afridi.

The flamboyant cricketer said that Majeed and his family were in Sri Lanka and at one of the beaches there, the bookmaker's young son dropped his father's mobile phone in the water.

"When Majeed went back to England, he took his phone for repair to a mobile fix-it. The phone stayed at the shop for days.

In a random coincidence, the shop owner turned out to be a friend of a friend of mine (this may sound like too much of a coincidence but the Pakistani community in England is quite closely connected).

"While fixing the phone, the shop-owner came across Majeed's messages to the players of Pakistan team... it was that leak from him to my friend and a few others (whom I won't name) that looped me in on the scam. Soon, word got around that something strange was happening with the cricket team."

Afridi said that the leak probably helped the reporting team of the 'News of the World' as well. The former captain wrote in his book that he brought up the matter with then coach and former fast bowler Waqar Younis.

"When I received those messages back in Sri Lanka, I showed them to Waqar Younis, then coach of the team. Unfortunately, he didn't escalate the matter and take it upstairs.

"Both Waqar and I thought it was something that would go away, something that wasn't as bad as it looked, just a dodgy conversation between the players and Majeed, at worst.

But the messages weren't harmless banter - they were part of something larger, which the world would soon discover."

He said during that infamous England tour in the summer of 2010, he again saw Majeed and his cohorts make a re-entrance, lurking around and hanging out with the soon-to-be-accused players.

"For me, it was time to sound the alarm. I decided to take up the issue officially with team manager, Yawar Saeed. I put in a formal request that Majeed should be distanced from players, physically, and that no one in the team should associate with him even on a personal level.

"When Saeed didn't take action, I showed him the text messages – I'd printed them out on paper. After going through them, Saeed, taken aback, eventually came up with a dismal response: 'What can we do about this, son? Not much'.

"By now, the exchanges between Majeed and the players via text messages had leaked out to others. Those in the Pakistani and the larger cricketing community knew that something was up. This is probably the same period when the News of the World executed their sting operation."

Afridi was captain of the Pakistan Test team in its two-match 'home' series against Australia in England in July 2010. Pakistan were playing their home series in England after the terrorist attack on Sri Lankan players in Lahore in 2009.

Pakistan lost the first Test at Lord's against Australia by 150 runs and Butt became captain from the second match.

Butt led the side in the subsequent four-match Test series against England in August till the infamous spot-fixing scandal broke out in the fourth match at Lord's (August 26-30).

"I came to England, I wasn't over it, clearly. I had signalled to the boys to stay away from Majeed and the likes. I had tried to talk to coach and management.

Then the first Test began. Nothing changed. I could still see them lurking around the players and being part of the dressing room too.

In the middle of the match, around the fourth day, I told Salman Butt that he could take over."