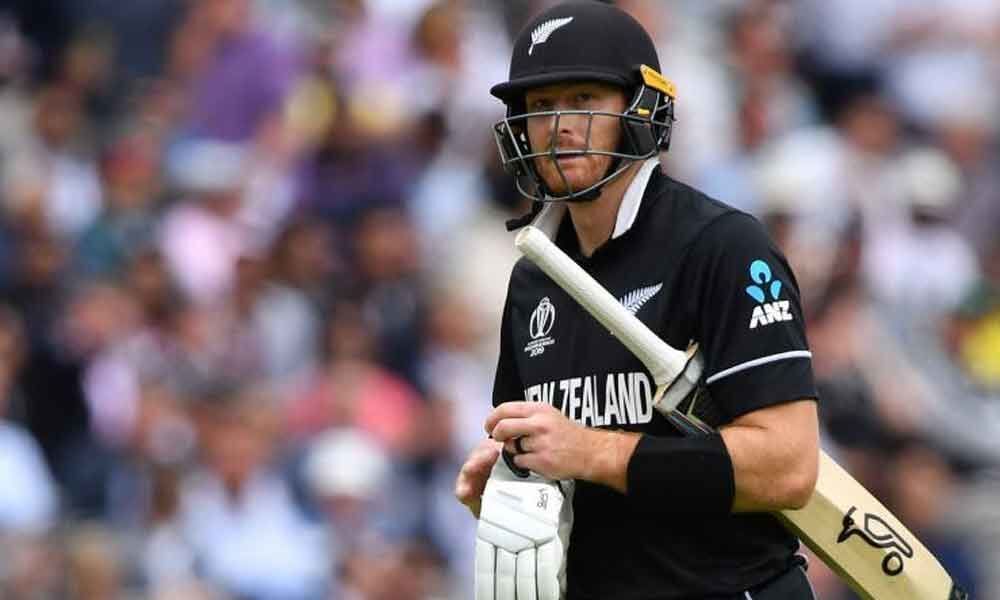 England have been in the final three times but have never won the trophy while New Zealand were beaten finalists in 2015.

London: England removed opener Martin Guptill as New Zealand struggled to 33-1 off the first 10 overs in the World Cup final at Lord's on Sunday.

New Zealand captain Kane Williamson, just as he had done in his side's shock semi-final victory over India, batted first after winning the toss in overcast conditions.

A green-tinged pitch also promised to give England's pacemen some early assistance in a match where both sides were looking to win the World Cup for the first time.

"It's a tough decision -- it's a bat first surface but if you look above, it adds confusion," Williamson said at the toss.

New Zealand opener Henry Nicholls was still on nought when given out lbw to Chris Woakes, who had started the match with a wide.

But the left-handed batsman reviewed Kumar Dharmasena's decision and was reprieved when replays indicated the ball would have gone over the top of the stumps.

Fellow opener Guptill, the leading run-scorer at the 2015 World Cup, when New Zealand finished runners-up to Australia, then hit fast bowler Jofra Archer for two boundaries in three balls -- an uppercut six over third man followed by a straight drive back over the paceman's head.

But when on 19 he was lbw to Woakes, who had struck two early blows in England's eight-wicket semi-final thrashing of reigning champions Australia.

Guptill reviewed but was walking back to the pavilion even before replays confirmed the ball would have smashed into his middle stump, with the Black Caps 29-1 in the seventh over.

His exit brought in Williamson, who before the match had scored 548 runs at a huge average of 91.33.

It took Williamson 12 balls to get off the mark. The captain was one not out at the 10-over mark and Nicholls was unbeaten on 10.

England have been in the final three times but have never won the trophy while New Zealand were beaten finalists in 2015.

When England exited the 2015 tournament after an embarrassing defeat by Bangladesh, few tipped them as potential champions four years later but a revolution in their one-day game took them to the top of the world rankings.

Back-to-back group-stage defeats by Sri Lanka and Australia effectively saw England playing knockout cricket before the semi-finals but they got their campaign back on track with impressive victories against India and New Zealand.