ICC CWC'19: Key players to watch out for in Australia-Bangladesh clash 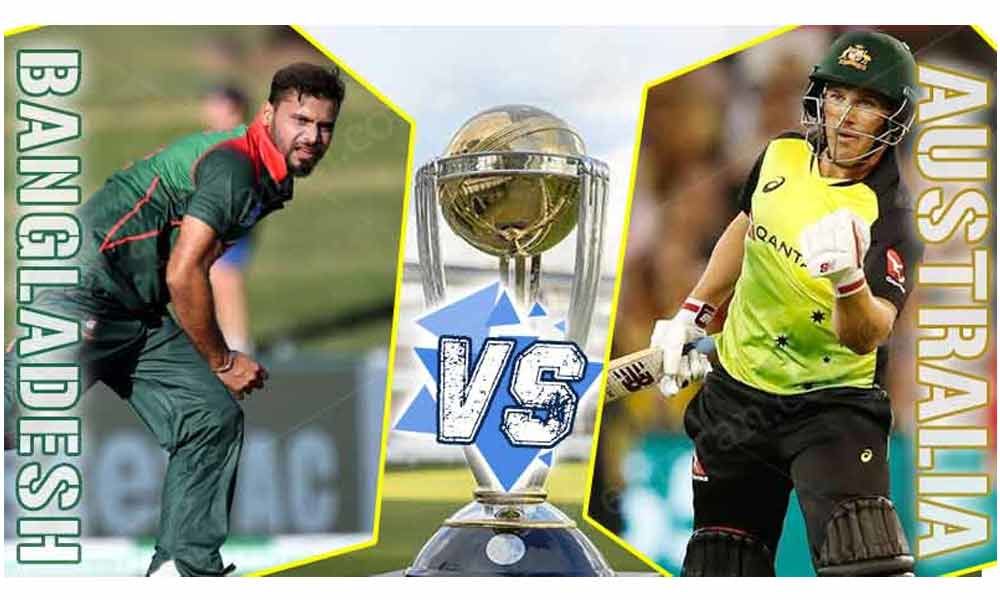 Bangladesh will try to keep up their winning momentum whereas Australia would strive to seal their semi-final berth when the two sides meet.

New Delhi: Bangladesh will try to keep up their winning momentum whereas Australia would strive to seal their semi-final berth when the two sides clash with each other at Trent Bridge on June 20 in the ongoing ICC Men's Cricket World Cup.

Australia will enter the match with four wins and one loss from their five games. Currently, Australia is placed in the second position with eight points. On the other hand, Bangladesh is placed at fifth position with five points.

Following are the key players to watch out in the World Cup match between Australia and Bangladesh:

In the five matches Australia has played so far, Finch has contributed 343 runs with the bat and he has also taken one wicket. Australia's one-day stint has seen a massive improvement and the major credit goes to skipper Finch, who earlier amassed 451 runs in five matches to guide his side to beat Pakistan in the recently concluded bilateral series.

Senior Bangladesh cricketer Shakib moved to the top in the ICC ODI rankings for all-rounders last month. The 32-year-old performed well during the tri-nation series against Ireland and West Indies. Shakib amassed 140 runs, including two unbeaten fifties. The all-rounder has been in sensational form in this World Cup as he is the highest run-scorer in the tournament so far. The left-hander has scored 348 runs in the World Cup till now.

The 29-year old left-arm pacer has been in exceptional form in the tournament so far. Starc has taken 13 wickets in the World Cup so far, making him the joint highest wicket-taker in the tournament along with Pakistan's Mohammad Amir. Starc returned with figures of 5-46 against West Indies as he played a major role in turning the tables in favour of Australia.

Of late, the left-handed batsman has been in the exceptional form for Bangladesh. The player has provided quickfire start to the team, giving the much-needed impetus to Bangladesh at the start. He along with Tamim Iqbal provides the team with a solid foundation. Sarkar scored 42 runs off just 30 balls in Bangladesh's first match in the World Cup against South Africa. The 26-year-old has become a lynchpin of the Bangladesh team and the side's hopes will rely on him in the match against Australia too.