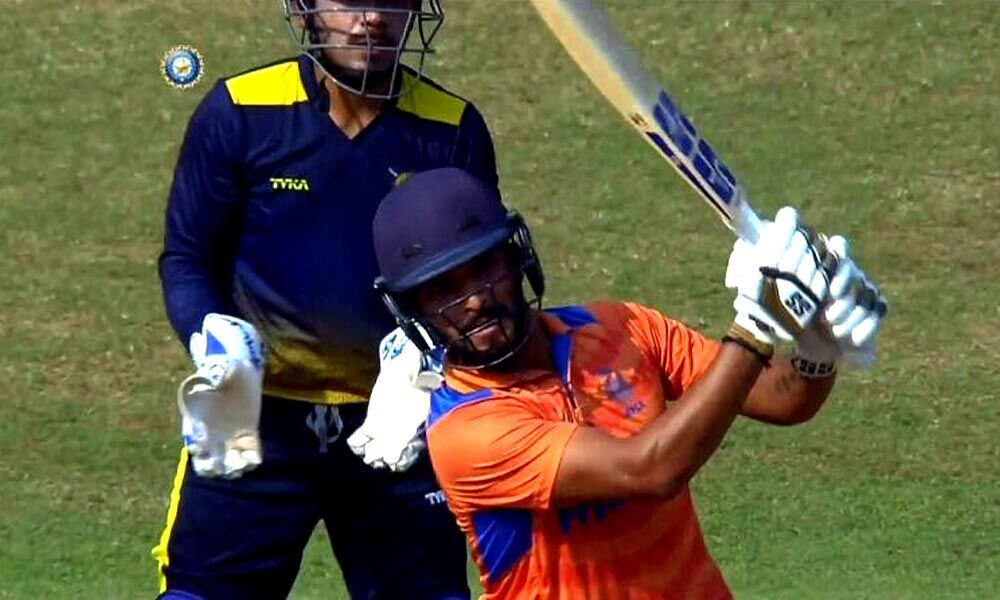 Rajat Patidar, who made his Indian Premier League (IPL) debut on Friday was purchased by Royal Challengers Bangalore (RCB) for INR 20 lakh at the auction earlier this season.

Rajat Patidar, who made his Indian Premier League (IPL) debut on Friday was purchased by Royal Challengers Bangalore (RCB) for INR 20 lakh at the auction earlier this year.

Hailing from Madhya Pradesh, Patidar made his First-Class debut in 2015. With 713 runs in eight games, he was the leading run-scorer for Madhya Pradesh in the 2018–19 Ranji Trophy. In August 2019, he was named in the India Blue team's squad for the 2019–20 Duleep Trophy.

The top-order batsman made his T20 debut in 2018 during Madhya Pradesh's Syed Mushtaq Ali game against Rajasthan. He made a decent first impression, scoring a 26-ball 38 at No. 3 position. At the 2021 edition of India's T20 domestic tournament, Patidar scored 221 runs in five games for Madhya Pradesh at 44.20, including three half-centuries.

Patidar, who prefers to smash the ball down the ground or to the leg side, has an impressive strike rate of almost 144. He has scored 699 runs in 22 T20s at an average of 34.95. The 27-year-old batsman has been in a fine form of late in limited-overs cricket, scoring a number of 50-plus scores in the last two months, including a career-best 96 in a T20 against Goa, and a 102 against Andhra in a Vijay Hazare Trophy contest in February.

Playing alongside the likes of Virat Kohli, AB de Villiers, etc was always going to be a great opportunity for someone like Patidar. The icing on the cake for the Madhya Pradesh batsman is going to be the fact that he'll walk out along with the Indian captain to open the innings for RCB.

Mumbai Indians (MI) and RCB are currently playing the opening fixture of the IPL 2021 in Chennai. Considering how bad Kohli's luck has been at winning the toss, it was a pleasant surprise for the RCB skipper when he kickstarted the 14th edition of the tournament by winning the toss.

"It's unbelievable, bit of a mini break helped me I guess to win a toss. Going to bowl first. They're a side who likes chasing. Good chance for us to get onto the park and create some intensity. With the balance we have this year we can do both, but have to understand who you're playing against. We understand with the depth they have they have never out of the game.

Bowling first was a no-brainer for us. Every year IPL has a different energy, a different vibe. It's high intensity. Playing for the same franchise has been an honour for me. Loyalty is a big thing for me. Dubai was great as well but this just feels like home. It is a great feeling to be playing in our stadiums and for people to watch in our prime times. Three guys making their debut: Maxwell, Jamieson, Christian is back after eight years for the same franchise. Rajat Patidar makes his debut as well. Padikkal has been recommended rest," Kohli said at the toss.