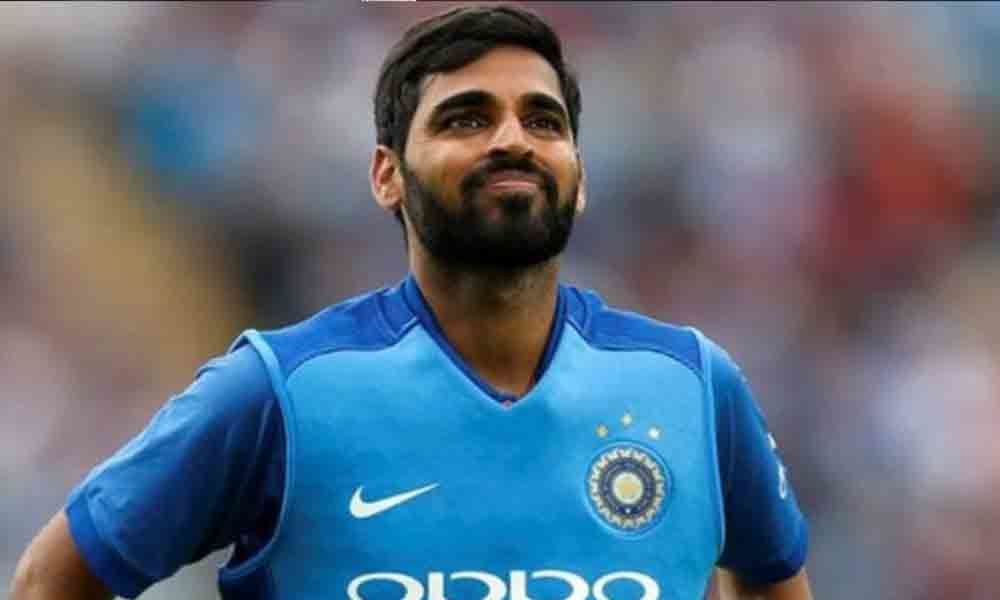 The Indian team is waiting for an update on the status of pacer Bhuvneshwar Kumar's fitness.

Southampton (IANS): The Indian team is waiting for an update on the status of pacer Bhuvneshwar Kumar's fitness. Speaking to the media after a two-day break post India's thrashing win over arch-rivals Pakistan, the team's strength and conditioning coach Shankar Basu said that the pacer was being assessed by physio Patrick Farhart after he was down with hamstring niggle.

"Our physiotherapists are looking after Bhuvneshwar Kumar at the moment and we will know the status very shortly," Basu said.

Bhuvneshwar, who has picked up five wickets thus far in the tournament, suffered tightness in his left hamstring while bowling the fourth ball of his third over during India's match against Pakistan at Old Trafford. Vijay Shankar came in to complete the over and ended up picking a wicket off his very first ball. Captain Virat Kohli had said after the match that the 29-year-old had sustained a slight niggle and would be out for two to three matches. "Slight niggle for Bhuvi, he slipped on one of the footmarks. He's out for two, maybe three games, but he should come back for us at some stage during this tournament," Kohli said during the post-match ceremony.