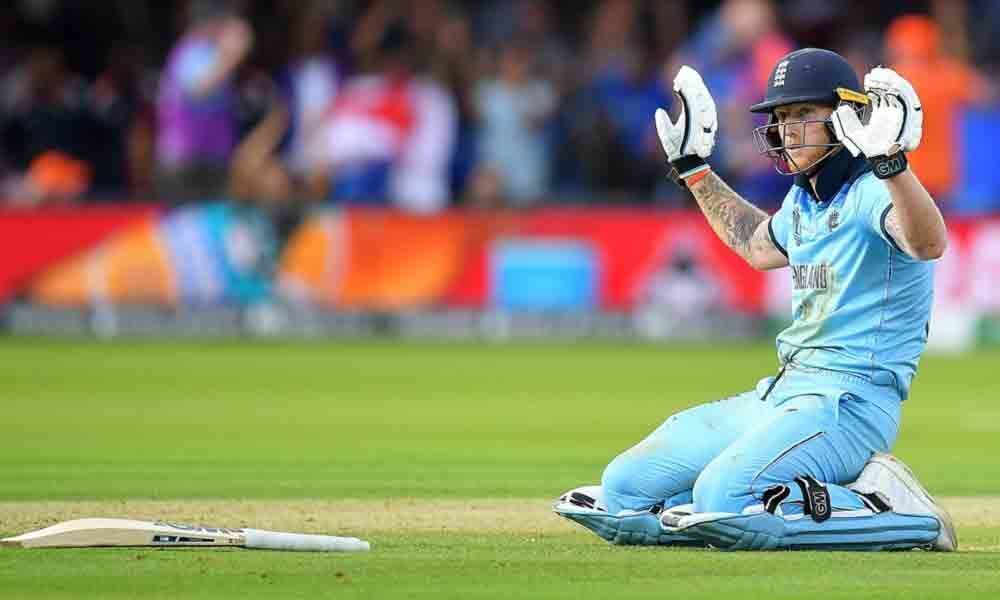 Stokes was found not guilty of affray following a street brawl during a night out in Bristol in 2017. The all-rounder was banned and fined by the England and Wales Cricket Board after accepting a charge of bringing the game into disrepute. Stokes was also stripped of the Test vice-captaincy and missed the Ashes tour, but he worked his way back from that chastening incident to enjoy a key role in England's first ever World Cup title. "I won't look back and say I redeemed myself or anything like that - I'm an athlete and a cricketer and it's what we are paid to do, to win trophies," Stokes said. "It was coming back from all of that, it was tough. Getting back into cricket obviously massively helped straight after that. "It was a stressful time for me, my wife, my family back home. I had amazing people around me, my team-mates, friends, family. They have to take a lot of credit for helping me to get through that." Stokes wept tears of joy on the Lord's pitch immediately after England won the World Cup and he revealed thoughts of his past had come flooding back.

"I got emotional there, at the end, and that was probably a culmination of lots of things, happiness that we won it and subconsciously thinking and remembering back to what I went through," he said. Despite the team's euphoric celebrations following England's World Cup victory, Stokes insisted the team must start preparing for the Ashes Test series against old rivals Australia in August. "We've achieved half of what we wanted to do, which is winning the World Cup," Stokes said. "Everyone who is involved in the Test team as well as the one-day team has sort of had to get their heads around the fact that we have an Ashes series coming up and we still have a serious amount of work to do."