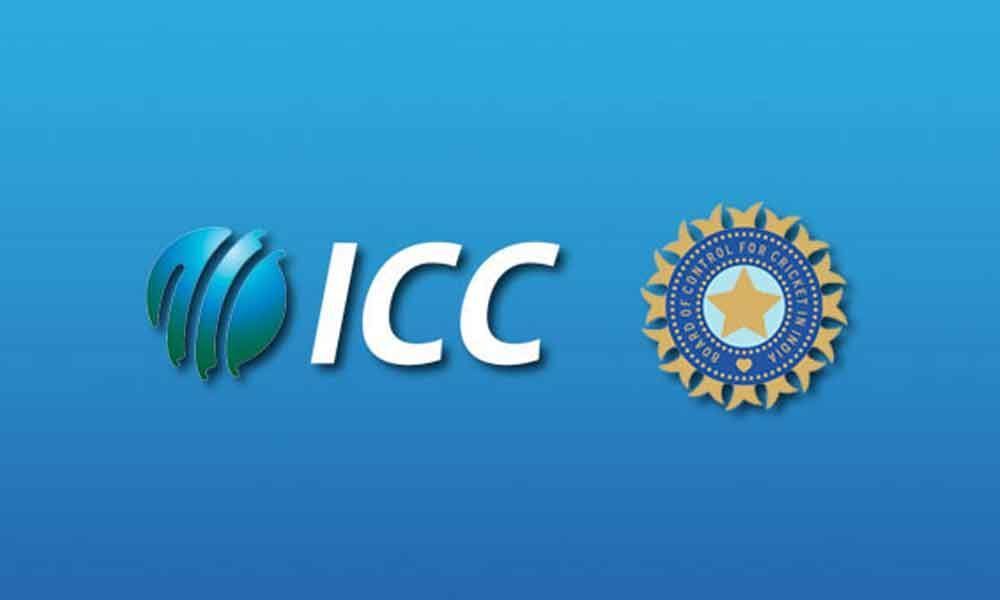 The BCCI is set to seek advice from an English law firm after the ICC threatened to deduct a part of the Indian cricket board’s annual revenue share in a continuing tussle on tax exemptions for events held in India.

New Delhi : The BCCI is set to seek advice from an English law firm after the ICC threatened to deduct a part of the Indian cricket board's annual revenue share in a continuing tussle on tax exemptions for events held in India.

The Shashank Manohar-led International Cricket Council (ICC) wants complete tax exemption for all global events happening in India and is still awaiting waiver for the 2016 World T20 held in the country.

According to the latest documentation of the July 6 Committee of Administrators (CoA) meeting here, the ICC wants to recover the tax burden for the 2016 event by slashing the BCCI annual share from the ICC revenue.

The BCCI legal team has informed the CoA that the Board "ensured all efforts to make tax exemptions to ICC. Prior to this event (2016), these events have always received tax exemptions."

In the recorded minutes uploaded on the BCCI's website, it is stated that the ICC wants to slash the BCCI's annual revenue and recover the amount.

"For the 2016 event, tax authorities directed that 10 per cent of the amount payable by ICC's broadcaster (Star Sports) to ICC under media rights agreement (MRA) should be withheld.

The CoA has asked the BCCI legal team to contact an "English law firm" since the "agreement between BCCI and the ICC in relation to the hosting of the 2016 World T20 is governed by English law."

When contacted, a senior BCCI official said that if ICC has its way, the annual revenue of USD 405 million earmarked for the richest cricket board could be slashed by USD 40.5 million (10 per cent).

"The BCCI can't change the existing government tax laws. We have time and again intimated this to the ICC," the official told PTI on Thursday.

He agreed that unless the current tax law structure is changed or the government of the day agrees on a waiver, there could be problems in hosting of the next two big events in India -- the 2021 World T20 and the 2023 50-over World Cup.

"Normally ICC seeks exemption on excise duties for importing TV production equipment. But in this case Star (Sports) which also has the BCCI's home match rights has a set up in India," the BCCI official pointed out.

"So why does BCCI need to carry their burden? In any case, we can't violate government laws and the ICC chairman should be the first one to know that as he has also been BCCI president," the official said.

In other decisions, the BCCI will not clear the payments pending towards former India captain Mohammed Azharuddin after he was banned on match-fixing charges in 2000.

While Azharuddin's name is not mentioned in the minutes of the July 6 meeting, it states about CoA, having discussed "payments being not made to a certain retired senior cricketer."

"After some discussions, the CoA decided that no further decision is to be taken in this matter." The senior official said that the player in question is Azharuddin.

The CoA has decided that there is no provision in the new constitution that requires the orders passed by the Ethics Officer to be published on the board's website and henceforth only a summarised report will be made public.

Also in the minutes of the June 29 meeting, it was decided by the Vinod Rai-led committee that from now on, any complaint filed against BCCI office-bearers or officials will have to be accompanied with a sworn statement from the complainant that he takes "responsibility and ownership of the contents of the complaints."

Pune and Ranchi swap Tests due to Durga Puja: Pune will now host the second Test between India and South Africa from October 10 to 14 instead of Ranchi which has been handed the third and final Test from October 19-23.

The decision was taken at a CoA meeting on June 29 after the Jharkhand State Cricket Association expressed its inability to host on earlier dates as they are clashing with Durga Puja.