Unpredictability while bowling did the trick against KKR: Jayawardene 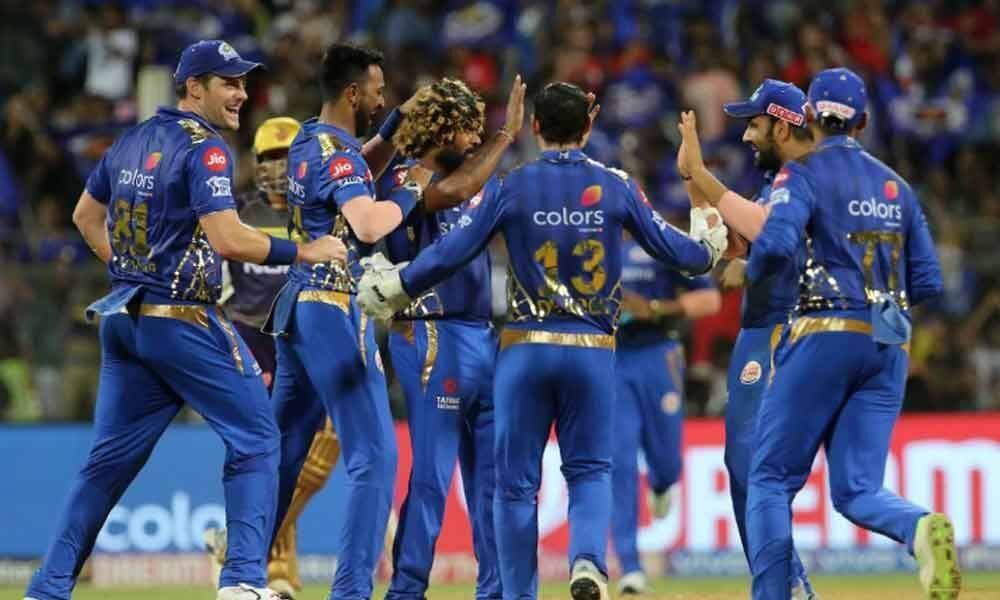 Electing to field, MI bowlers put up a spirited show to restrict KKR to 133 for 7, which the hosts chased down with 9 wickets to spare.

Mumbai: Mumbai Indians thrashed Kolkata Knight Riders by nine wickets to top the table and their head coach Mahela Jayawardene said unpredictability while bowling was the key to success against the visitors in their final IPL league game.

Electing to field, MI bowlers, led by Sri Lankan Lasith Malinga, put up a spirited show to restrict KKR to a sub-par 133 for 7, which the hosts chased down with 23 balls and nine wickets to spare at the Wankhede Stadium on Sunday night.

Asked whether it was a planned move to use several bowlers in the power-play and bowl slow bouncer to Andre Russell, Jayawardene said, "We didn't want to be predictable. I thought we were bit predictable in Kolkata and in that scenario they batted well. So, we wanted to make sure that we don't give them that familiarity and try and create opportunity to take wickets."

He credited Hardik Pandya for bringing the hosts back into the match after KKR openers Chris Lynn and Shubman Gill conjured 49 runs for the first wicket.

"We didn't get wickets (initially) but Hardik came and picked up those wickets and I thought Krunal (Pandya) bowled brilliantly to keep the pressure on and it was a good combination.

"Then Mali (Malinga) with his experience, coming back and picking couple of wickets, we just didn't gave them loose balls this time around and that's what a quality attack can do," he noted.

Hardik is in incredible form with both the bat and ball and the MI coach said the Baroda all-rounder has adapted well.

"More than technically it was about his (Hardik's) temperament, be patient rather than force the issues. With Hardik, it is about holding his shape pretty much (and) he has got a lot of power going forward. It is not just one area where he has improved this year, he is hitting at different pockets, so it is very difficult for bowlers to bowl to him," explained Jayawardene.

"It is not the easiet job in the world when you are batting at number 6 or 7, coming in and give (score) that extra runs for the team but he has adapted well, and he is still learning. So we are quite happy with the progress he has made over the years."

Malinga bowled round the wicket, which is a rarity, but the head coach revealed that it was an area which was worked upon and that the Sri Lankan pacer got rewards.

"We have been working on it for a week or so, trying to create a different angle because the batsmen are getting used to him. That's something we are practising. He was quite comfortable," Jayawardene said.

"We told him it's about time (he) tries doing that in a game. He did so. That's a thing in modern day cricket. Even though you have been a great, you still have to find new ways of creating things. It was nice to see him opening up for that idea and getting rewards."

He also said that to do well in the IPL, a team's bowling unit has to be up to the mark.

"We know that to do well in the IPL, your bowling attack has to be the one which delivers for you, day in and day out," Jayawardene noted.

Mumbai take on Chennai Super Kings in the first Qualifier in Chennai Tuesday.