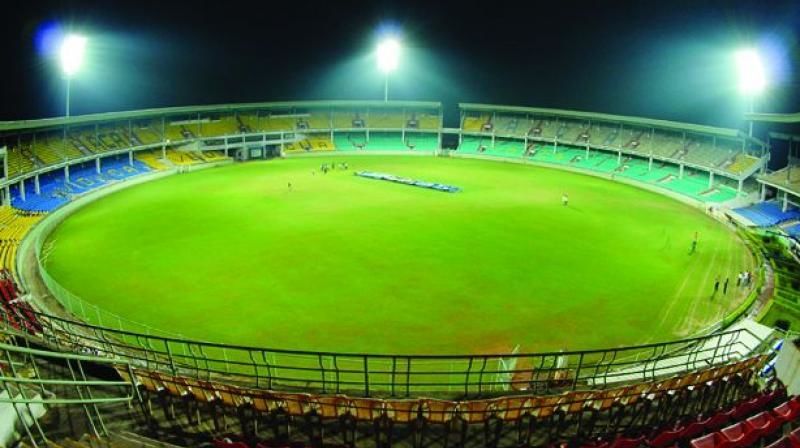 With Vizag hosting two of the most crucial playoffs matches this IPL, it would be wrong to ignore the stadium which hosts it. The cricket frenzy fans...

With Vizag hosting two of the most crucial playoffs matches this IPL, it would be wrong to ignore the stadium which hosts it. The cricket frenzy fans who have recently been affected by thw ongoing IPL fever may not know about the rich history of the stadiums they've been all thronging to, to witness nail biting matches this season.

So, let us have a look at the famous stadium which has been host to some great matches and has seen the emergence of cricketers, who went to become great legends. The Dr YS Rajasekhara Reddy ACA-VDCA stadium, named after late former CM of united Andhra Pradesh is primarily a cricket stadium which has hosted many ODIs and T20Is till now and has been host to IPL matches lately as well.

It was established in the year 2003 and is located in the fast growing locality of PM Palem, which is about 15 kilometres from RTC Complex, the city centre. The stadium, which has a capacity of 38,000 is owned by the Sports Authority of Andhra Pradesh. The stadium has floodlights for Day/Night matches and is one The first ODI was played here between India and Pakistan in 2005 while the first T20I, between India and New Zealand was played here in 2012.

The YSR ACA-VDCA stadium was accorded the 'Test' status about 5 years ago, and the first test between India and England was played here in 2016. The ground with its lush green outfield has proved to be a batsman friendly one over the years. The grass for the outfield has been specially imported from the Caribbean and the ground is known for its good water drainage facility. The pitch of the ground has been known to assist spinners as the ball doesn't bounce much.

The ground has seen many historic innings and has seen records tumble over the passage of time. The first ODI in 2005 saw Mahendra Singh Dhoni score 148 runs in his maiden One day international. In 2016, in a T20I against Sri Lanka Ashwin achieved one of his best bowling figures in T20Is, taking 4 wickets for 8 runs.

The highest individual score at Vizag is by Virat Kohli who scored a 157 runs off 129 balls, which in included 13 fours and 4 sixes. Vizagites hope for some more cricketing action in the days to come, as the ground is the only active cricket stadium in the state of Andhra Pradesh.