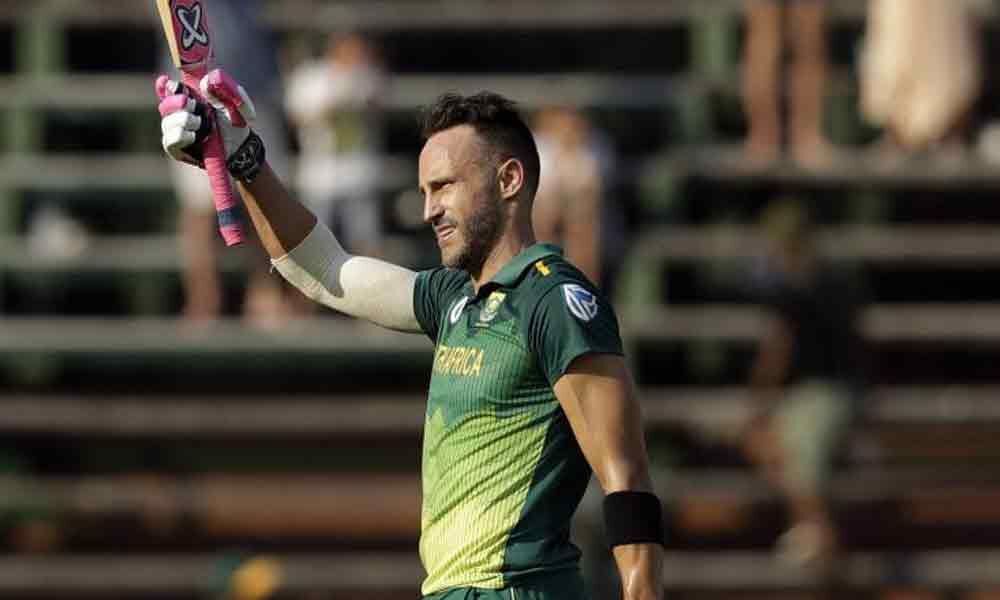 South Africa has built a reputation for themselves of 'chokers' after losing big matches. The team has never gone past semi-finals.

Dubai: South Africa skipper Faf du Plessis on Sunday said that the team wanted to play like a superhero in the previous editions of the World Cup, adding that his team leaves no stone unturned in giving their best during such tournaments.

"In previous World Cups, we wanted to do Superman things. We thought we had to be more special, we had to do something more than we usually do, and we did not do what was good enough before," International Cricket Council (ICC) quoted Du Plessis as saying.

"We haven't always got that right in the past, to play our best cricket at the World Cup, because we put so much pressure on ourselves. We want to just focus on enjoying our cricket," he added.

South Africa has built a reputation for themselves of "chokers" after losing big matches. The team has never gone past the semi-final stages of the World Cup.

Du Plessis highlighted that the team needs to overcome its fear of failure to succeed in the World Cup.

"We started a year or two ago with a real focus on mental preparation and, as a captain, I probably speak more about that than previous captains. But I really believe it's an area we can get better in. I've been there and I know the pressures, I understand how to deal with them," Du Plessis said.

"There's a reason why we want the guys to play freely - because we don't want them to have a fear of failure, which is what the World Cup is for some of them. Our success in England over the next couple of months depends on how well we release that aspect of our play - we need that for the team to be at our best. Each player needs to find out his own strengths," he added.

The 34-year-old also said that the team would go with the best possible playing XI in every match, hinting that Hashim Amla's form in the warm-up matches will play a key role in his selection in the playing XI in the first match against England.

"In terms of team selection, that's a call we will make when we get to that first game. We have two warm-up games. Generally, we want to pick on form. If we believe Hash Amla is the guy with the best form for the first game, then he will be picked. But if we feel there are other guys that are more in form we will pick them," Du Plessis said.

South Africa takes on Sri Lanka and West Indies in the warm-up matches before the World Cup on May 24 and May 26.

The team will face England in the opening match of the World Cup on May 30.