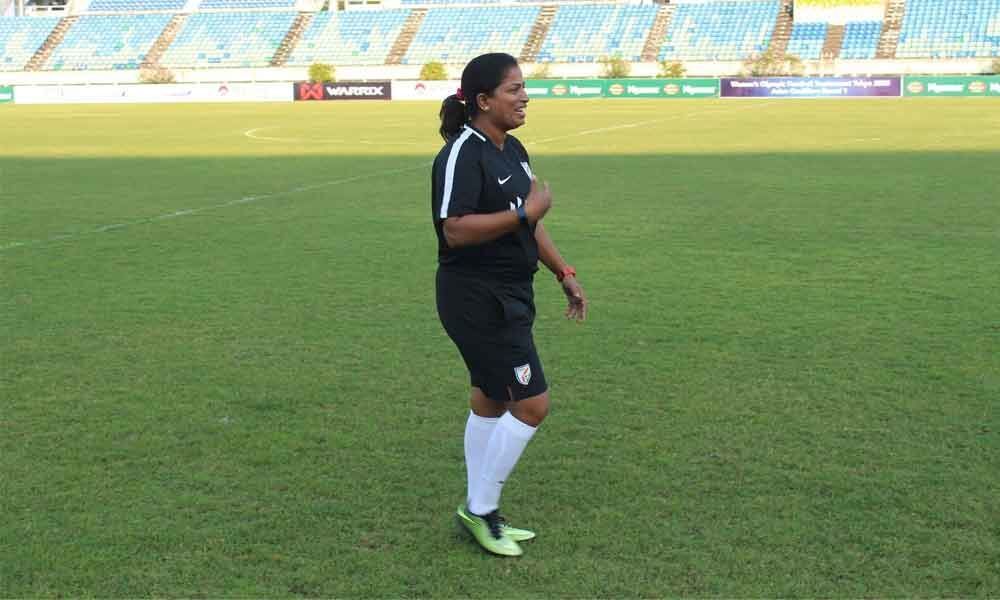 The Indian women’s football team jumped six places to 57th in the latest FIFA rankings on the back of some impressive performance in the past few months.

New Delhi : The Indian women's football team jumped six places to 57th in the latest FIFA rankings on the back of some impressive performance in the past few months.

Among Asian countries, the Indian women's team is ranked 11th.

The team has 1,422 points to its kitty as compared to 1,392 in the previous ranking list released on March 29. Since January, the team has played 18 matches, out of which it won 12, drawn one and lost five.

The team had exposure tours to Hong Kong, Indonesia and Turkey and played in the SAFF Championships, the AFCAFC Olympic Qualifiers Round 2, besides featuring in the inaugural Hero Gold Cup international tournament in Bhubaneswar.

The team is slated to play the COTIF Cup in Spain later this month. Head Coach Maymol Rocky lauded the players for the rise in the FIFA rankings.

"The entire credit goes with the girls. They have worked hard for it, and we need to work harder from now on," Maymol said.

The Indian men's team captain Sunil Chhetri, currently the second highest goal scorer in international football among active players with 70 strikes, said he was "extremely proud of the girls".

"They have been doing really well. I'm really proud of the girls ... they can do wonders. I hope they keep working hard, keep doing what they are doing. I'm sure things will keep on improving," Chhetri said.

AIFF Women's Player of the Year Ashalata Devi felt "the aim should be to climb higher". "We are aware of our abilities. We need to break into the top 10 in Asia," she said.