Have a lot to learn in coming days: Bumrah 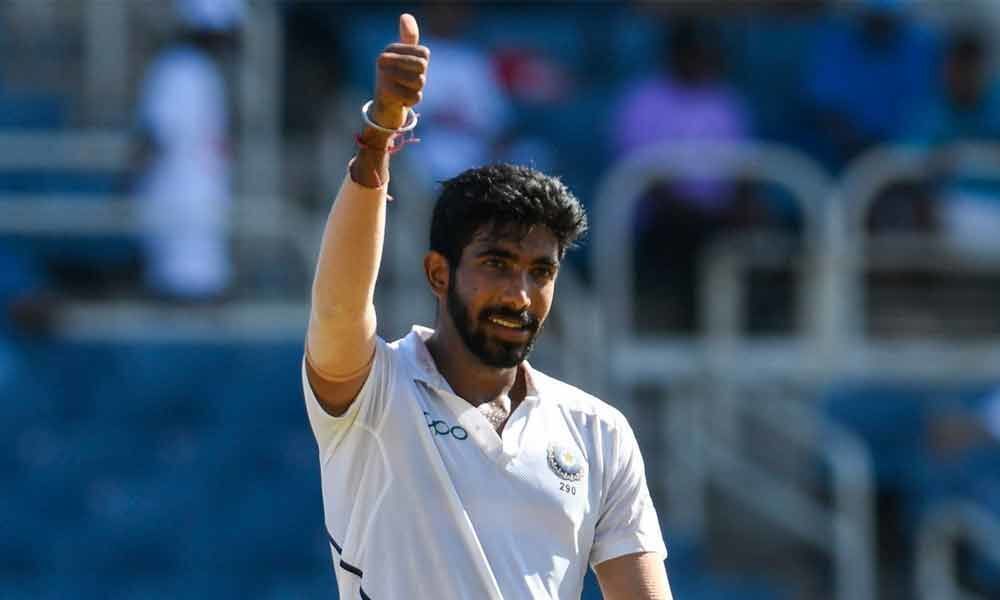 Indian pacer Jasprit Bumrah, who is having a sensational run in the West Indies, believes that he has got a great start to his Test career but still...

Kingston (Jamaica): Indian pacer Jasprit Bumrah, who is having a sensational run in the West Indies, believes that he has got a great start to his Test career but still has a lot to learn in the coming days.

On Saturday, Bumrah picked up a hat-trick enroute his career best Test haul of 6/27 as the West Indies were bundled out for just 117 in the first innings of the second Test in reply to India's 416.

He is yet to open his account in the second innings with India in the driver's seat, having reduced the hosts to 45/2 after setting an improbable target of 468 at the Sabina Park.

"If we win the match, I am fine even if I don't get a wicket. My aim is to contribute towards the team's success, be it taking wickets, creating pressure, in whichever way I can contribute... that is the way I go forward," Bumrah told reporters on Sunday after the day's play.

Bumrah has taken 61 wickets in just the 12 Tests so far. His career average in the longest format has dipped below 20 -- 19.31 to be exact, which speaks volume about his wicket-taking ability and also how much importance he holds for Team India in their aim to become world champions in Test cricket.

"I have just played 11-12 matches. I am learning a lot and have a lot to learn in the coming days as well. I have to play matches in India," Bumrah said.

"I have got a good start to my Test career, but I will try to gather as much experience as I can and will work on things which can help me to get better," he added.

The 25-year-old, who has taken 12 wickets in the ongoing Test series against the Windies, credited the experience he gained in England bowling with the duke ball for his recent success in the Caribbean islands.

He also praised skipper Virat Kohli for the trust he has put upon him.

"Not only me, but each and every bowler is being backed by him (Kohli) so much. As a bowling unit, we are very happy as we have the freedom to do what we want," he added.

Farmers feed broccoli, strawberries to cattle , thanks to the lockdown